In Memory of
Alan Edward
Hutchinson
1947 -
2017
Click above to light a memorial candle.
Menu
Send Flowers

In the event that there is an error
in the information presented,
please contact the funeral
home by clicking here. 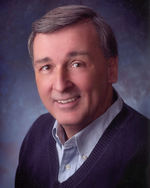 We deeply mourn the unexpected passing of Alan Edward Hutchinson on Sunday, August 27th at his home in Orono. We will painfully miss this extraordinary man who possessed a deep respect and love for the magnificence of family, the glory of nature, and the pleasure of many, many cherished friendships.

Alan leaves behind Terri, his wife of almost 39 years; his son Jon; and Jon's family: daughters Alexandria and Savannah; partner Cassandra Gauvin and her son, Gabriel. He is also survived by his brother Russell and wife Debbie of Raymond, Maine, sister Meredith McLamb and husband Amos of Harrells, North Carolina, and several nieces, nephews, and grand-nephews.

Alan was born in Providence, Rhode Island on January 27, 1947 to Alfred E. Hutchinson and Janice Read. He grew up in Rumford, Rhode Island, graduating
from East Providence High School in 1965.

He attended the University of Maine at Orono, earning a Bachelor of Science degree in Wildlife Management (Forestry Concentration) in 1969. In 1980 he earned a Master of Science degree in Wildlife Management also from the University of Maine at Orono. Upon completing his undergraduate degree, Alan planned to enter a graduate program at Johns Hopkins University. He was, however, drafted during the height of the Viet Nam War, dashing his hopes temporarily. He fulfilled his service to his country as a biological research aid at Walter Reed Medical Hospital in Washington, D.C.

Upon leaving the military, Alan returned to Maine, initially working and partnering with friends to establish the Lobster Barn restaurant in York, Maine, remaining as an owner for many years.

In 1973, Alan joined the State of Maine Department of Inland Fisheries and Wildlife (IF &W) as an Assistant Research Leader his work focusing upon Maine’s seabird population. From 1980 until 1984 Alan led IF &W’s Marine Wildlife Studies. As leader of the Marine Wildlife Study he planned and led the acquisition of 250 costal islands, establishing the Coast of Maine Wildlife Management Area.

In 1984, Alan was selected to lead a new program established by the Maine legislature: The State of Maine’s Endangered Species Group. Directing Maine’s Endangered Species Program in its first 12 years, he launched two new programs: Non-Game Wildlife and Endangered Species. He implemented successful recovery programs for Maine’s rare and endangered species through private-public partnerships. He conceived and oversaw a multi-agency, comprehensive inventory of Maine’s marine wildlife and habitats and the development of management guidelines that balanced development and conservation in Maine’s coastal zone.

In 1997, Alan was chosen to become the Executive Director of the Forest Society of Maine (FSM) when it became a staffed organization. Under his leadership, FSM has grown from a one person organization to a land trust considered a national leader in stewarding working forestland and recently celebrated its 30 year anniversary. In this time FSM has helped conserve and currently oversees more than one million acres of forestland: more acres than any other state-based land trust. Alan accomplished this by bringing together disparate groups of people who care about Maine’s North woods for very different reasons and getting them to work together toward a common goal--keeping Maine forested. With his tireless passion for conservation and Maine’s forests, he tackled some of the largest conservation projects in the country. Noteworthy projects include the 20,000 acre Nicatous Lake easement, the campaign to acquire Big Spencer Mountain, six miles of Moosehead Lake shore, the 329,000 acre West Branch Project, the Amherst Mountains Community Forest, the 360,000 acre Moosehead Region conservation easement, the Gulf Hagas–Pleasant River Project and many special projects accomplished with family landowners. To balance the needs of the many parties that are often involved in conservation deals, he used problem solving, patience, and compromise to reach a conclusion that was positive for all.

He was preparing for retirement at the time of his death.

Perhaps Alan’s most significant trait was his ability to raise the cherishing of family and friends to a fine art. People who knew Alan prized the way he made them feel esteemed. When he met someone new, he turned the conversation over to learning about that person rather than talking about himself. He was modest and unassuming, but highly gifted and supremely versed in the ability to create lifelong relationships.

Alan’s love of nature and the outdoors was exceeded only by his love for his family.
He celebrated his full and happy life with Terri and their family. He deeply cherished his son Jon and was so proud of the man he has become. Alan and Terri fully enjoyed participating in raising their small granddaughters. No man ever held a baby as tenderly as Alan held first his son Jon and, later, his beloved granddaughters.

His greatest personal joys derived from spending long days at the family camp, surrounded by family and teaching first his son and then his beloved granddaughters the activities he loved: swimming, boating, fishing, and kayaking. During Maine winters he spent time teaching his oldest granddaughter to ski, a sport he loved and at which he excelled. At home, frequent shared meals were a source of joy to all, especially the Sunday breakfasts he prepared. He loved working on projects with Jon and sharing memorable trips with Terri. Here is an outstanding legacy of service, honor, and achievement, and above all, love—of wife, son, granddaughters, and family embraced; forests rescued; friends long-loved.

The family invites relatives and friends to share in a celebration of Alan’s life with conversation and refreshments from 5-7 PM, Tuesday, September 5, 2017, at the Family Reception Center of Brookings-Smith, 163 Center Street, Bangor, with a remembrance tribute at 6 PM. Those who wish to remember Alan in a special way may make gifts to The Forest Society of Maine, 115 Franklin Street, 3rd Floor, Bangor, ME 04401. Condolences to the family may be expressed at www.BrookingsSmith.com

Peace, my heart, let the time for the parting be sweet.
Let it not be a death but completeness.
Let love melt into memory and pain into songs.
Let the flight through the sky end in the folding of the wings over the nest.
Let the last touch of your hands be gentle like the flower of the night.
Stand still, O Beautiful End, for a moment, and say your last words in silence.
I bow to you and hold up my lamp to light your way.
Rabindranath Tagore, Bengali poet and philosopher (1861 – 1941)