To share your memory on the wall of Terry F. Duran, sign in using one of the following options:

Provide comfort for the family of Terry F. Duran with a meaningful gesture of sympathy.

Terry graduated from Hermon High School and went directly into the U.S. Navy to serve his country during the Vietnam war. Terry proudly served on the USS Washburn delivering supplies and ammunition along the battlefield rivers.

On May 19, 1972 he married Pamela D. Maples with whom he celebrated more than 47 years of marriage. An entrepreneur at heart, Terry, along with Pam, operated multiple businesses including but not limited to Maine Sawdust, Hermon Mountain Ski Area, West Side Restaurant and a commercial snow plowing business. Through these businesses, Terry met many valued friends. He was a longtime member of the Bangor Elks and VFW.

If asked to describe Terry, his family and friends would say, " He was a family man with a big heart. He was generous and one could always take him at his word." Nonetheless, those who knew and loved Terry would add that he was an instigator who loved pranks and having fun.

In addition to his parents, Terry was predeceased by his sister, Iris Sue Look; nephew, Logan James Preston; sisters-in-law, Margaret Duran and Catherine Duran, and his first wife, Beverly.

Surviving in addition to his wife, Pam are his son, Richard; grandsons, Marc, Brody and Landon; granddaughter, Brooke; Brothers, Tommy and wife Earline, Bobby and wife, Patty, and C.D; sisters, Nettie and husband, Bill, Caroline and partner, Shawn; several nieces and nephews as well as numerous special friends - you know who you are.

Relatives and friends are invited to call from 9:30 – 11:00 a.m. Thursday, January 30, 2020, at the Brewer Chapel of Brookings-Smith, 55 South Main St., Brewer, where a funeral service will begin at 11:00 a.m. with the Rev. Garnett Chute, Pastor of the Hermon Baptist Church, officiating. Interment with military honors will be held at Mt. Hope Cemetery, Bangor immediately following the service.

Those wishing to remember Terry in a special way may make a donation in his memory to benefit the Santa's Helpers Fund of the Bangor Salvation Army for needy children, P.O Box 1101, Bangor, Maine 04402. Memo: “Bangor”. Condolences to the family may be expressed at BrookingsSmith.com
Read Less

We encourage you to share your most beloved memories of Terry F. here, so that the family and other loved ones can always see it. You can upload cherished photographs, or share your favorite stories, and can even comment on those shared by others. 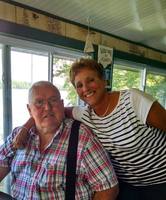 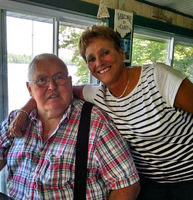 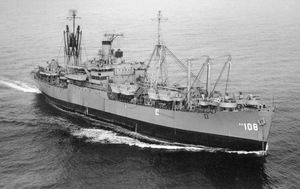 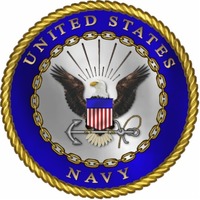