To share your memory on the wall of Phyllis Leach, sign in using one of the following options:

Provide comfort for the family of Phyllis Leach with a meaningful gesture of sympathy.

Phyllis attended Bangor High School where she was a member of the All Bangor girls’ field hockey team and the debate club. She graduated from Bangor High School in 1938 and from Beal Business College in 1939. She became a secretary at Beneficial Finance and then she worked for Maine Central Railroad until 1941 when she left to work for the War Department at the Pentagon in Washington, D.C. At that time, she met Corporal Louis Lonko on a blind date and they were married in 1944. She had to stop work for the War Department because a married woman could not have a position there. Lou was in the US Army Air Force and after their marriage, he served in North Africa during World War II.

Phyllis returned to Bangor in 1944 where she worked at Viner Shoe. After WW II, the couple moved to Wilmington, DE where Phyllis worked for Dupont. Louis had a brief hiatus from the military and they returned to Bangor where their daughter, Sandra was born. Louis later rejoined the US Army. Phyllis traveled as a military wife so the family lived in various places including Albuquerque, NM and St, Louis, MO. She and Lou endured several separations when she was not able to accompany him during WW II, two tours of duty in Korea, and one in Vietnam. Phyllis worked all her life, including for the Merrill Trust Co., followed by 27 years as a legal secretary at Mitchell and Ballou until she retired in 1990.

Locally she lived in Brewer, East Corinth, and Orrington. The family also had a camp on Moosehead Lake where they spent summers. In 2001, she married Harry Leach at the East Orrington Congregational Church. They spent winters in Florida. Phyllis was baptized in 1931 a member at the First Baptist Church where she served at one time as a Sunday school teacher, sang in the choir, and was a deaconess. She was also a long-time member of the Order of Eastern Star, Tuscan Chapter #198. She enjoyed fishing, gardening, sewing, jigsaw puzzles, and routinely played beano Phyllis was extremely devoted to her family who loved her very much.

Phyllis is survived by a daughter Sandra L. Stolt of Arlington, VA, a grandson David R. Stolt and his wife Julie of Augusta, ME and great grandchildren Jordan J. Stolt of Hallowell, ME, Anna Rose Stolt of Augusta and Robert M. Stolt of Augusta. Also surviving are niece Bonnie Puls and her husband Larry of Bangor and nephew Allan Colpitts and his wife Stephanie of Bluffton, SC and their extended families, sister-in-law Doris Adams of Bucksport, brother-in-law Norris Leach and his wife Gladys of Orland, and stepchildren Joseph and Linda Leach of Orland, ME, Cindy and husband Gregory Smith, and Kathryn Smith of Orrington, ME.

Phyllis is predeceased by her parents, her first husband Lou in 1999, her second husband Harry M. Leach in 2005, and her two brothers - Horace and his wife Cynthia and Keith and his wife Francis.

The family is extremely grateful to the staff of St. Joseph Hospice with a special thanks to Dana Dickson. The family also wants to thank the staff at Loving Touch in-home Care. Funeral services will be held at 2:30 p.m. Wednesday, June 12, 2019 at Brookings-Smith, 133 Center St., Bangor.

In lieu of flowers, gifts in memory of Phyllis may be sent to St. Joseph Healthcare Foundation, PO Box 1638, Bangor, ME 04402-1638. Condolences to the family may be expressed at BrookingsSmith.com.
Read Less

We encourage you to share your most beloved memories of Phyllis here, so that the family and other loved ones can always see it. You can upload cherished photographs, or share your favorite stories, and can even comment on those shared by others.

Posted Jun 09, 2019 at 12:52pm
To the dear, dear Colpitts family, we are so sorry for the loss of Phyllis. Lenor and I have such great memories of times spent with mother (Sally Hersey) and Phyllis and, of course, the whole family. Church, camp, Florida and trips in between. Our deepest condolences, Lenor, Ada and families.
Comment Share
Share via: 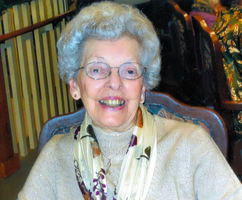 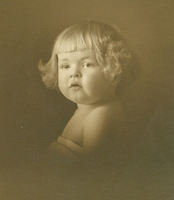 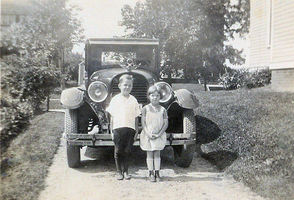 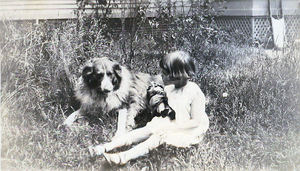