To share your memory on the wall of Peter Downey, sign in using one of the following options:

Provide comfort for the family of Peter Downey with a meaningful gesture of sympathy.

Peter attended Bangor schools and graduated from Deerfield Acad... Read More
Peter Wheeler Downey, 76, died peacefully at home on May 3, 2020. He was born in Portland on September 29, 1943, the son of Frank Leo Downey, Jr. and Sallie Wheeler Downey.

Peter attended Bangor schools and graduated from Deerfield Academy in Deerfield, Massachusetts in 1961. He spent joyful summers at Camp Timanous in Raymond. In 1965, he received an undergraduate degree from Bowdoin College. After serving in the Coast Guard from 1966 until 1970, he earned a master’s degree in counseling from the University of Maine.

Peter owned and managed residential and commercial properties in Bangor, Brewer, and Winterport. He enjoyed spending time on and off boats at his business, Winterport Marine, on Penobscot Bay. He spent the winter months at “Windy Point” in Nokomis, Florida. There, he delighted in the water views, cloud formations, and boat traffic and was able to indulge himself by working outside in fine weather.

Donations in his memory may be made to the Timanous Foundation, P.O. Box 2886, South Portland, ME 04116.
A graveside memorial service will be held later this year. Condolences to the family may be expressed at BrookingsSmith.com
Read Less

We encourage you to share your most beloved memories of Peter here, so that the family and other loved ones can always see it. You can upload cherished photographs, or share your favorite stories, and can even comment on those shared by others.

Posted May 09, 2020 at 12:11pm
I was fortunate enough to know Peter for 30 plus years. We first met under business conditions with me working projects on properties that he handled. He always treated me fairly and with respect as I did him. He dealt with many people from all walks of life and they all received the same treatment,Peter was not judgmental. As the years passed we became good friends it wasn't just business as usual. I will miss him dearly. Until we meet again Pete hold the gate open we will all be joining you soon. RIP Elmer
Comment Share
Share via: 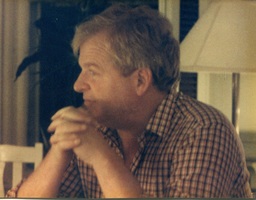