To share your memory on the wall of Helen Gardner, sign in using one of the following options:

Helen grew up in Derby and Milo, ME. Her parents were Rainey J. Baker and Nina E. Baker of LaGrange, ME. She received her L.P.N. from Boston General Hospital; and worked on all floors at Eastern Maine Medical Center for many years until retiring May 1, 1982. She was a devoted member of Twin City Baptist Church of Brewer.

She will be missed by the Staff of Ross Manor; and family and friends.

A funeral service will be held 1:00 p.m. Friday, May 28, 2021, at Crosspoint Church, 1476 Broadway, Bangor, with the Rev. Dr. Jerry Mick, pastor, officiating. The family invites relatives and friends to share conversation and refreshments at the main auditorium of Crosspoint Church, immediately following the service. Interment will be in Fairview Cemetery, Veazie, following the reception. Those wishing to remember Helen in a special way may make a donation in her name to a charity of their choice. Condolences to the family may be expressed at BrookingsSmith.com
Read Less

We encourage you to share your most beloved memories of Helen here, so that the family and other loved ones can always see it. You can upload cherished photographs, or share your favorite stories, and can even comment on those shared by others. 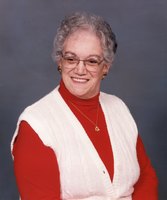