To share your memory on the wall of James Carmack, sign in using one of the following options:

Jim grew up in Washington DC and Chase City, Virginia. In 1941, at age 14, he received an appointment to Page for the U.S. Senate and was present in the Chamber when Winston Churchill addressed Congress three weeks after the Japanese attack on Pearl Harbor. A framed picture of the address, with Jim standing against the Chamber wall with his fellow pages, was one of his favorite keepsakes.

Following high school, Jim received an appointment to the US Naval Academy, where he majored in Naval Science, from 1945-1949, and upon his graduation, was commissioned as an Ensign on June 3, 1949. During his years at the Naval Academy, he was on the Sailing team, and enjoyed competing as skipper of his boat, “Lively”.
During his summers, Jim served on the USS North Carolina (Battleship) and the USS Boxer (Essex Class Aircraft Carrier). Additionally, he served in Guantanamo Bay, and represented the USNA in a sailing competition from Newport R.I. to Bermuda.

After a courtship that included many special events at the Naval Academy, Jim married Betty Jane (“BJ”) Hamilton, daughter of Navy Capt. and Mrs. James E. Hamilton of Washington DC, on May 5, 1951.

Jim was in active service in the Navy for twelve and a half years, from 1945-1957, serving three of those years in foreign/sea service assignment. Jim initially served onboard ship after graduating the USNA, on the USS Horace Bass (High Speed Transport (LPD)) as a junior officer. This duty took him to China and the Philippines. At the end of his tour, his ship was hastily called back to duty to support the Inchon landings. Upon completion of those tours, Jim returned to land. Jim wanted to be a naval aviator and was selected for flight school. He and BJ moved to Pensacola, where he began flight training as a fighter pilot. Jim subsequently served as a naval aviator, serving tours in carrier based operations. His squadron served in support of the Korean War. Jim excelled in his naval aviation, and was selected for a naval test pilot assignment as his final duty assignment.

In 1968, the family moved to Hillcrest Ave in Pasadena, and enjoyed many wonderful years in that community. During these Pasadena years, Jim perfected his famous “Jim’s Cheeseball” recipe which became a coveted Christmas gift for 100+ family friends each Christmas (all personally delivered by Jim and the team of sons+daughters drivers). The recipe remains a closely guarded family secret to this day.

In the early 1960’s, Jim left the aircraft sales industry and transitioned into finance, earning his broker’s license, and learning his new business as a stockbroker at Mitchum, Jones & Templeton in Los Angeles. After some years there, Jim left to open his own investment counseling business, The Carmack Group, which he ran with a passion until his retirement.

Jim’s joys were BJ and their family, first and foremost, followed by fly-fishing and his beloved dog, Bud. Family time combined with his passion for fly-fishing was formalized when the boys were old enough with the annual four-week “Carmack Fly-Fishing Frolic” each summer in Yellowstone and Montana. Jim also stayed close to his Navy sailing days, teaching all the children to sail, and assembling a family fleet of sabots and kites that were sailed each summer during family vacations on the Newport Beach Peninsula and Balboa Bay Shores.

After 56 years of marriage, BJ passed away in 2007, and in August 2015, Jim moved to Dirigo Pines, in Orono, Maine, to be close to son David, his wife Adrienne Wallace Carmack, and their six children, Anna, Mary, Adrienne, David, Tommy and Allie. After living in California for 60 years, Jim made a happy and easy transition to Maine life (and winters) and New England. He loved living at Dirigo Pines and being part of David and Adrienne’s active family life, enjoying his grandchildren’s John Bapst sporting events, school concerts, and eventual college careers. With David, Jim joined the Penobscot Fly Fishers in Bangor and enjoyed many wonderful summers with the family at their camp in Grand Lake Stream, Maine.

Jim will be remembered by his family and friends for his character, integrity, steadfast loyalty, commitment to family and his relentless optimism. The family gives our profound thanks to the professional and dedicated members of ”Team Jim” from Loving Touch, Dirigo Pines, Karah, St Joe’s and EMMC who met Jim at every step of his journey with a smile, and a caring heart.

Funeral and burial services will be held in California. The family invites relatives and friends locally to celebrate Jim and share conversation and refreshments at Dirigo Pines (Orono, ME), on Wednesday, June 5th 6:00-7:00 pm. Condolences to the family may be expressed at BrookingsSmith.com
Read Less

We encourage you to share your most beloved memories of James here, so that the family and other loved ones can always see it. You can upload cherished photographs, or share your favorite stories, and can even comment on those shared by others.

Posted May 31, 2019 at 10:01am
Really enjoyed playing golf with Jim. What he lacked in form was easily made up by his enthusiasm, insightful conversation about the round, and optimism. Fly high Jim!
Lieutenant Ed Volkwein
Comment Share
Share via: 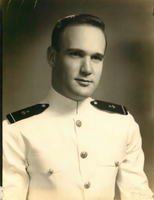