To share your memory on the wall of Howard Hallett, sign in using one of the following options:

Bruce enjoyed his career as a model ship builder, sailor, and avid craftsman. He was a devout father, Mason, and proudly served in the Coast Guard from 1954 until his retirement as a Commander in 1994.

Bruce was always looking to better the lives of others. He served as a member of numerous organizations, including the Howland Methodist Church, Howland Fire Department, Howland Selectman, Howland Plumbing & Code Enforcement Officer, Animal Control Officer, MSAD #31 School Board, and American Legion Post #97.

Bruce was a simple man who was easily identifiable from his Coast Guard attire to his laid back driving style. True to his old-fashion values, he was willing to work tirelessly for everything that he earned. When it came to his kids, he was willing to give everything he had for them, as self-sacrifice was truly his greatest quality. Nobody could have asked for a better friend, a more kind soul, or a greater father. He will be remembered through his children for the same values of honesty, integrity and generosity that he showed them throughout his lifetime.

In addition to his parents, Bruce was predeceased by his brother, Robert, and grandchildren; Lucas and Ethan.

Bruce will be forever remembered by his loving friends and extended family.

Memorial donations in memory of Bruce can be made to Enfield Station School Library at 561 Hammett Rd, Enfield, ME 04493, and the Maine Veterans’ Home at 44 Hogan Rd, Bangor, ME 04401.
Read Less

We encourage you to share your most beloved memories of Howard here, so that the family and other loved ones can always see it. You can upload cherished photographs, or share your favorite stories, and can even comment on those shared by others.

Plant a Tree in Memory of Howard
Plant a tree 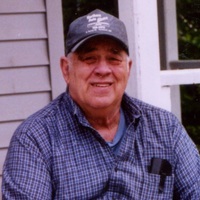