To share your memory on the wall of George Hawkins, sign in using one of the following options:

In 1958 he started dating the love of his life Judith E. Rawcliffe. He missed one night in eighteen months, marrying her in March 1960 at the age of 23. Bill re-enlisted in the Army in 1961. In the summer of 1962, they welcomed their first son, Scott. While in the Army, he completed several tours of duty in Chile, Panama, Nicaragua, Honduras, Ecuador, and Costa Rica. Finishing them off while Judy took Scott home to Maine to await the arrival of their second child.

Their second son John was born just a few weeks before he was discharged in January of 1966. He returned home to Hampden but didn’t stay long. In 1968 he enlisted in the U.S. Coast Guard, kicking off a very distinguished career. Later on he was stationed in Puerto Rico for three years where he lived up to his father’s prediction of “if you marry that girl you’re gonna have horses for the rest of your life”, flying two horses from Puerto Rico to Miami and driving them the rest of the way home. He served until 1980 when he retired and moved to Eddington Me. He worked at Bangor Mental Health Institute from 1981 to 1996, leaving in 1996 due to a stroke. Despite losing the use of one of his arms, he continued to enjoy all his old hobbies, including; collecting antique motors, working on engines, and spending time with his family. In 1986 he became a grandfather to his only grandson Christopher, with his first granddaughter, Amber following in 1989. In 1998 his final grandchild Rebekah was born.

He is predeceased by his mother Viola, father George, daughter-in-law Judy, brother-in-law and best friend Jim, as well as numerous aunts, uncles, cousins, and friends. He is survived by his beloved wife, Judy, sons Scott and John, and his daughter-in-law Stephanie (John’s wife), three grandchildren Christopher, Amber, Rebekah, and granddaughter-in-law Jessica (Christopher’s wife), and great-grandchildren Brody, Donnie, Eamon, and Izaiah. His Aunt Vera, and special friends Jon and Marie Ford, Mike and Alexis Scanlon, Brenda Manzo, and the Goffin Family. As well as his bunny Thumper, and cat Nicki. In lieu of flowers donations in his memory may be sent to St. Joseph's Home Hospice and Crossroads Christian Camp.
Read Less

We encourage you to share your most beloved memories of George here, so that the family and other loved ones can always see it. You can upload cherished photographs, or share your favorite stories, and can even comment on those shared by others.

Guaranteed hand delivery by a local florist
B

Posted Feb 28, 2020 at 09:45pm
Bill was a huge part of my childhood. Every chance I got growing up, I would be at Judy and Bill's. They were so good to me and I loved their kids too. Rest In Peace Sweetheart (as My Mom named Bill) Until we meet again❤
Comment Share
Share via:
M

Posted Feb 23, 2020 at 08:22pm
My heartfelt condolences to you Judy and the whole family. Judy you and mom are just like sisters. There are so many memories between our two familys.... We are all more then friends ... we feel you all are part of our family as we are yours. The memory that is dear to my heart.....The night before getting married my dad became ill. Mom asked me who would I want to walk me down the isle... of course my first thought was daddy B, aka Bill. It was quite a crazy morning... he needed a tux and the wedding was at 11am. The salesman was so helpful seeing the circumstance... they didnt have a pair of dress shoes in stock.. the salesman gave Bill his own dress shoes... So all dressed and ready to go...they made it to the church on time....I remember standing in the hall with Bill... telling him I was so thankful that he could be there in place of my dad. He told me he was blessed and honored to be able to walk me down the isle. Everytime we have got together since its the one thing he had always said what a honor it was to do that........He is forever in my heart... a blessing to all of our lives.... miss you and love you forever daddy B... sending our love thoughts and prayers to you❤❤❤
Comment Share
Share via:

Posted Feb 23, 2020 at 07:55pm
Daddy Hawkins you have been such a blessing in our lives. Thank you and to the family for sharing, our lives have been the richer for this relationship.
I know you and Dad, aka Big John and others have already started your adventures. Give it the dickensl!!
Time, distance , not even death can keep us apart because love is love and it last forever. Sure will miss chatting.
Thanks for all the love, it means so much.
Praying for the Hawkins Family but we'll be here for each other and even though we miss each of you on the other side we are comforted knowing you are only a thought away! Love Ya Daddy H
Donna and Garland 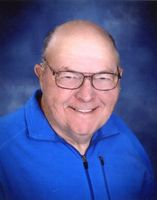 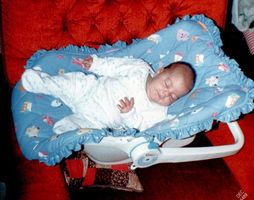 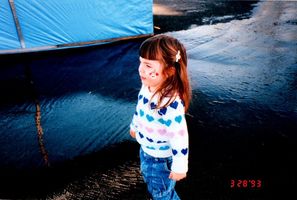 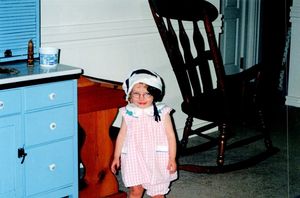