To share your memory on the wall of Robert W. Young, sign in using one of the following options:

Provide comfort for the family by sending flowers or planting a tree in memory of Robert W. Young

Provide comfort for the family of Robert W. Young with a meaningful gesture of sympathy.

Bob served his country proudly during the World War II. He flew with the Eighth Air Force as an aerial gunner on B-17’s. He was discharged in 1945.

Following his commitment to his country Bob initially moved into sales representing various tire manufacturers throughout Maine. Next Bob became an account executive for WGAN in Portland, followed by a similar position with WABI-TV in Bangor. In the 70’s Bob went into business for himself, buying and operating the Fairmount Terrace Motel in Bangor.

Bob grew up in Waltham, Mass. He has been a follower of the Red Sox since junior high school, in the late ‘30’s, as well as the Patriots in his later years. Bob was an avid golfer and one time played in a foursome with his close friend Fred Rice, Ted Williams and Sandy Koufax at the PVCC.

Bob was a member of the Tarratine Club, the Lion’s, Hammond Street Church, PVCC, Maine State Golf Assoc. and US Golf Assoc. of America.

The family encourages friends to pay tribute to Bob by joining them for conversation and refreshments at the Brookings-Smith Family Reception Center, 163 Center Street in Bangor between 11 AM and 1:00 PM on Saturday, October 19th. Private interment will be at the Pine Grove Cemetery, Bangor following the reception. If one chooses to make a memorial contribution in Bob’s name it can be made to the Hammond Street Church, P.O. Box 1106, Bangor, Me. 04402-1106. Condolences to the family may be expressed at BrookingsSmith.com
Read Less

We encourage you to share your most beloved memories of Robert W. Young here, so that the family and other loved ones can always see it. You can upload cherished photographs, or share your favorite stories, and can even comment on those shared by others. 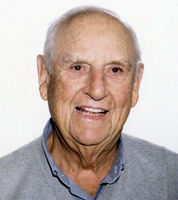 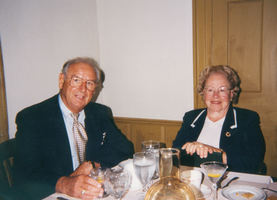 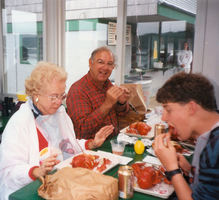 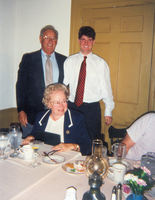