To share your memory on the wall of Daniel Noyes Brooks O.D., sign in using one of the following options:

Provide comfort for the family of Daniel Noyes Brooks O.D. with a meaningful gesture of sympathy.

We encourage you to share your most beloved memories of Daniel Noyes Brooks O.D. here, so that the family and other loved ones can always see it. You can upload cherished photographs, or share your favorite stories, and can even comment on those shared by others.

Posted Jul 07, 2019 at 08:17am
To the family and friends of Daniel Brooks,
Please accept my sincere condolences to you for the loss of Daniel. So sad to hear of his death.

I grew up in Bangor and was a friend, classmate and neighborhood "buddy" of Danny's. Together we played countless ball games, listened to records, went sliding/sledding, traded Hardy Boys books, attended school, and did all the things young boys do while growing up. Please know that Danny is not forgotten and is missed.

Posted Jun 30, 2019 at 09:04am
Dr. Brooks, you ALWAYS made me smile. You were the best with all of my children with having them push the chair and the lights on and off! Your sense of their needs to help them feel comfortable as you helped them see, was outstanding! They all loved you and so did I. Your help with my eyes and your knowledge were exceptional. You will be missed greatly. Thank you and may the angels surround you on your new journey. My condolences to those that were left behind.
Comment Share
Share via:
MG

Posted Jun 28, 2019 at 02:51pm
Susan, Mary & Andy,
So sorry to hear about Danny. I cherish the childhood memories of our families growing up together.
My deepest condolences.
Mark Pelkey
Comment Share
Share via:
SC

Posted Jun 28, 2019 at 01:28pm
Dr. Brooks was my eye doctor for many years. He also was the eye doctor for most of my family members. he treated all of us with respect and of course, some humor now and then. He never failed to ask how members of my family were when I saw him. He also shared some of his stories about his family which at times had us both laughing. He definitely was a caring and compassionate person who will be missed not only by his family and friends but by those who were his patients. My thoughts and prayers are with all of you at this difficult time. Rest in Peace, Dr. Brooks.
Sharon Cobb
Comment Share
Share via: 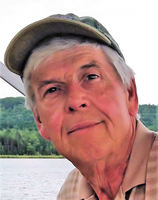 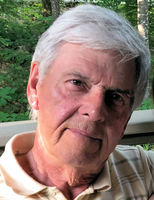