To share your memory on the wall of Joshua Clark, sign in using one of the following options:

We encourage you to share your most beloved memories of Joshua here, so that the family and other loved ones can always see it. You can upload cherished photographs, or share your favorite stories, and can even comment on those shared by others.

Posted Jul 06, 2019 at 11:18am
I am so sorry for your loss Gerry and family, You have been a very special lady in my life and I will always hold those memories dear to my heart.Take care and God Bless you all.
Comment Share
Share via:
R

Posted Jul 06, 2019 at 10:06am
Gerry so sorry to hear of your loss, I lost my wife and daughter last Jan and march.Thinking of you often and loving you .Love always Ron.

Ronperhd@aol.com purchased flowers for the family of Joshua Clark.

Posted Jul 03, 2019 at 03:49am
Gerry and family,
I am thinking of you at this difficult time. Buddy was a good man and was good to me when I had a loss in my family. Please know you are in my prayers.
Elaine Goodwin
Comment Share
Share via:

Posted Jul 03, 2019 at 03:49am
Gerry and family,
I am thinking of you at this difficult time. Buddy was a good man and was good to me when I had a loss in my family. Please know you are in my prayers.
Elaine Goodwin
Comment Share
Share via:
MD 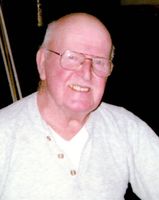