To share your memory on the wall of Lillian Jellison, sign in using one of the following options:

Print
Lillian "Tucky" Alphina Jellison, 92, passed away February 13, 2021, at a Sanford healthcare facility. She was born March 16, 1928, in Eastbrook, the daughter of Napoleon J. and Gladys (Abbott) Poulin.

Lillian worked at Evan's Hampden Shoe for many years where she retired. She was a lifetime member of the Order of the Eastern Star where she was Grand Organist on four different occasions. She had a lifetime of enjoying and playing music and for a while even played in a band. One of her favorite pastimes was working in her flower garden. There are many fond memories of motorcycle riding with her husband and family all over New England. Lillian also enjoyed traveling with her husband in their motor home and visited almost every state in the United States.

Services will be private for the family in the spring at Bay View Cemetery, Franklin. Gifts in her memory may be made to Order of the Eastern Star, 17 New County Road, Saco, ME 04072. Condolences to the family may be expressed at BrookingsSmith.com.
Read Less

We encourage you to share your most beloved memories of Lillian here, so that the family and other loved ones can always see it. You can upload cherished photographs, or share your favorite stories, and can even comment on those shared by others.

Posted Feb 23, 2021 at 11:24am
Sending my love on the loss of a beautiful soul. Tucky was grand organist the year I served as Grand Adah and when she wasn't behind the keyboard (which was often) she was seated next to me on the sidelines due to the order of our offices. She was warm and generous with everything. She was so friendly and always made me feel so welcomed. Despite the over 40 year age difference between us, the numerous friendships she had all over the state and beyond, and her years of experience as part of the Grand Family she always made sure to include me and treat me as an equal and I will always feel so lucky to have been able to sit next to her whenever the chance arose. She always responded to the call to serve with her beautiful musical talents without hesitation and I always looked up to her and the time she gave to many so that music filled our rooms. I wish I had known that she was at a facility right here in my home town. Will never forget you. Much love always. Those who had the pleasure of meeting you have been blessed beyond words. - Donna Johnson
Comment Share
Share via:
SM

Posted Feb 20, 2021 at 10:55pm
The members and officers of Pine Cone Chapter #26 wish to extend our sympathy to the family of Lillian. 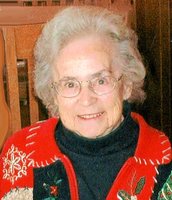