To share your memory on the wall of James Wentworth, sign in using one of the following options:

Print
Veazie, Bangor
James M. Wentworth passed away on February 22, 2020, after a lengthy period of failing health and grief from the loss of “the love of his life” and best friend, Dottie O’Leary Wentworth.
He was born in Bangor, July 2... Read More
Veazie, Bangor
James M. Wentworth passed away on February 22, 2020, after a lengthy period of failing health and grief from the loss of “the love of his life” and best friend, Dottie O’Leary Wentworth.
He was born in Bangor, July 23, 1929, the son of Harold M. and G. Natalie (Waterhouse) Wentworth. Except for a brief period, he was a resident of Veazie all of his life as were three generations before. He graduated from John R. Graham School and Bangor High School, Class of 1947.
He was employed by Sealtest Ice Cream for several years, and became an airman of the 104th AC&W Squadron Maine Air National Guard, South Portland. They were activated by the Air Force in 1951, stationed in Tripoli, Libya, at Wheelus Air Force Base.
After discharge, he attended UMO and met his true sweetheart, Dottie O’Leary. He was a member of the Phi Eta Kappa fraternity, graduating in the class of ’56. Later, in the early ‘60s, he served as President of Building Association and House Advisor of Phi Eta.
After graduation, he and Dottie were married on September 8, 1956. They lived in Boston for nine months; Jim on a training program for the investment firm Coffin & Burr and Dottie an RN at Brigham Hospital. Returning to Bangor, he was in the investment business for 43 years. As well as being an investment advisor, he was Branch Manager of Hornblower & Weeks and later PaineWebber. He retired in 2000 from UBS and partnership with Jeff O’Sullivan and Samantha Becker.
Jim and Dottie had a home built in Veazie on his grandfather’s lot where they resided for 58 years. There they had two loving and compassionate daughters: Ann and Susan.
Jim was a selectman in the early 60s and also a member and chairman of the first board of trustees of the Orono-Veazie Water District.
He was an honorary member of the M-Club, also past member of the PVCC, Taratine Club and City Club.
He was a 60+ year member of Mechanics’ Lodge #66 AF&AM, and the Scottish Rite Bodies. Also, a member of York Rite Bodies and ROJ #150, serving as Director in 1977. He was a 50 year noble of Anah Shrine. He was very active for many years and served as Potentate in 1987 with the help and guidance of his “Lady Dottie.” He was appointed and served as a member of the Imperial Investment Committee in Tampa, FL.
Jim and Dottie were Florida “snowbirds” for 20 years and their home was in Ft. Myers. They had very close neighbors and made many new friends. Their pastime was Red Sox Spring Training and enjoying the beaches of Sanibel and Ft. Myers Beach.
They did extensive traveling in the U.S. and abroad. Their favorite trip was flying roundtrip on British Airways’ Concorde from New York to London. They toured England, Scotland and Ireland, bringing back many memories.
He was predeceased by his parents; his soulmate, partner, companion and wife of 60 years Dottie; a brother John Irvin and his wife Marjorie; sister-in-law Betty Beede and brother-in-law Charles O’Leary.
He is survived by his two best “pals” and devoted daughters: Ann and husband Jim Therrien of Hampton, NH; and Susan and husband Stephen Austin; two loving grandchildren, Nicholas and Natalie Austin, all of Reading, MA. He was very proud of them and so happy to be a grandfather; a nephew Gregory Wentworth and his wife Becky, Somers, CT, and niece Victoria Wentworth of Windsor, CT, and a special friend and caregiver Carla Gibson of Kenduskeag, ME.
Funeral services will be held 11 am Tuesday February 25, 2020 at Brookings-Smith, 133 Center St., Bangor, with the Rev. Dr. Rex H. Garrett, officiating and masonic services conducted by the officers of Mechanics Lodge #66 AF & AM of Orono. Spring interment with military honors will be held at Fairview Cemetery, Veazie.
The family invites relatives and friends to a reception immediately following the service at the Sea Dog Brewing Company, 26 Front St., Bangor.
Those who wish to remember Jim in a special way may contribute in his memory to the Shrine Hospital for Children, c/o Anah Shrine Center, 1404 Broadway, Bangor, ME. 04401.
Condolences to the family may be expressed at BrookingsSmith.com.
Read Less

We encourage you to share your most beloved memories of James here, so that the family and other loved ones can always see it. You can upload cherished photographs, or share your favorite stories, and can even comment on those shared by others.

Posted Feb 24, 2020 at 01:21pm
Our hearts are with you all today as you reflect on the wonderful memories you have of your dad.

Flowers were purchased for the family of James Wentworth. Send Flowers

Posted Feb 24, 2020 at 09:27am
Ann, Susan, & family -on behalf of the entire Brotherhood of Phi Eta Kappa fraternity at the University of Maine, may I express our heartfelt sympathy & condolences to you. Jim's many years of service to Phi Eta will not be forgotten.
Comment Share
Share via: 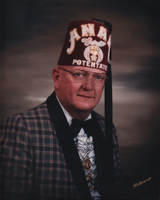 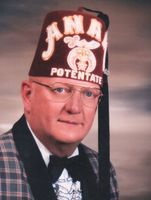