To share your memory on the wall of Charlotte Steeves, sign in using one of the following options:

Print
Hermon and Greenville – Charlotte (Finley) Steeves, 93, passed away June 30, 2019. She was born January 18, 1926, in Greenville, the daughter of Charles H. and Velma (Ryder) Finley.
Charlotte graduated from Greenville Consolidated School cla... Read More
Hermon and Greenville – Charlotte (Finley) Steeves, 93, passed away June 30, 2019. She was born January 18, 1926, in Greenville, the daughter of Charles H. and Velma (Ryder) Finley.
Charlotte graduated from Greenville Consolidated School class of 1943. Following graduation, she moved to Portland in 1943 to work. In 1945 Charlotte began training as a Cadet Nurse at Eastern Maine General Hospital in Bangor. She had only begun her training a short time when her fiancé, Gerald O. Steeves, returned from overseas with the US Army Air Force. They married August 25, 1945 in Greenville, and remained married for 62 years. They began their married life in Monson, were Gerald worked as a station agent at Monson Junction for B and ARR, and Charlotte worked at Moosehead Manufacturing Company in Greenville Junction. While in Monson she went through the chairs of the Maine Order of Eastern Star where she was a Worthy Matron.
In 1952 Charlotte and Gerald moved to 15th street in Bangor where she worked briefly at Burdell’s Ladies Clothing, before staying at home to take care of her niece. In the late 1950s Gerald was transferred to Houlton, where they built a home and resided for six years. During that time Charlotte took a typing course at Ricker College. In Houlton they started square dancing, downhill skiing, and snowmobiling.
They moved to Hampden in 1957 where they purchased a home in Westbrook Terrace. They went on to Augusta in 1971, purchasing a home on Ridgewood Dr., where Gerald worked for Bridge Construction until he retired in 1987. Charlotte transferred from Penobscot Savings Bank to Key Bank, where she worked for 18 years until her retirement. In Augusta, Gerald joined the Kora Shrine of Lewiston, where he was a member for over 15 years. Together, they traveled all around the Northeastern states attending Shrine parades.
After retirement, Charlotte and Gerald would spend six months of the year in Florida, and return to their cottage on Three Mile Pond in Windsor for the rest of the year, they did this for eighteen years. Charlotte and Gerald loved to travel during their retirement, visiting Oregon, Washington, Idaho, Vancouver, and their friends, Joyce and Robert Brown, in Alaska.
Charlotte and Gerald also enjoyed camping, starting with a tent on the ground and moving up to a camper. They camped on the Maine coast, Prince Edward Island, and Nova Scotia.
Gerald passed away in 2008 from Kidney failure, he and Charlotte shared nearly 63 years together. Following Gerald’s passing, Charlotte traveled by bus to Lancaster and Gettysburg, PA with her friends, Joyce Brown, Mary Mason, and Frances Richards. She also traveled to Washington D.C with her brother, David Finley, his wife, Vivian and her nephew, David Jr.
In 2012 she met a special friend, Floyd “Skip” Lenfest, and they traveled together for 3 years, going to Florida and Arizona, until his passing in 2015.
In addition to her parents, she was predeceased by her husband, Gerald; sisters, Alice Tweedie, _Sarita_Finley; brothers- in-law, Robert Tweedie, and Larry Steeves, sister-in-law Beverly Hamilton and her husband Orvis
Charlotte is survived by her brother, David Finley and his wife, Vivian; Shirley Sacks and her husband, Sumner, Gloria Steeves; and many nieces and nephews.
Charlotte spent the final years of her life living with her brother, David, and his wife Vivian and their son David Jr.
A burial will be held at the Maine Veterans’ Cemetery, Augusta, at a later date.
Condolences to the family may be expressed at BrookingsSmith.com
Read Less

We encourage you to share your most beloved memories of Charlotte here, so that the family and other loved ones can always see it. You can upload cherished photographs, or share your favorite stories, and can even comment on those shared by others.

Posted Jul 03, 2019 at 06:33pm
Charlotte was a wonderful lady and friend to many. She was a very happy person and so great to be around. She is going to be missed. Sincerely, Linda Wiggin
Comment Share
Share via:
MF

Posted Jul 03, 2019 at 12:42pm
Our Aunt Charlotte was such a kind and loving person. It was heartwarming to read about the great life she lived. She will always be remembered in our hearts.
Comment Share
Share via: 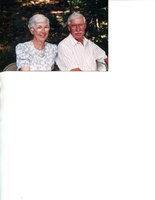 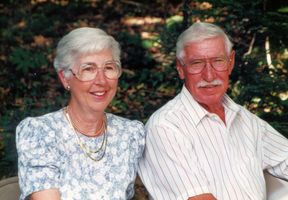