To share your memory on the wall of Ida Mae Rancourt, sign in using one of the following options:

Ida attended Ripley schools and graduated from Ripley High School in 1951. As an independent young woman, much ahead of her time, she left the farm out on “Sycamore” and moved in town to the local boarding house in Ripley. She was employed at the local Rexall Store and also cleaned homes to support herself. One day, a dark haired, blue eyed man who was in town working construction, entered the store and noticed the brunette beauty with the dimples working there. Harry and Ida soon began dating and were married on March 19, 1955. Ida and Harry then headed north to Winterport, Maine, where they made their home up on the Rancourt Road near the family farm. Soon after their family began to grow and they were raising all their daughters. Ida worked at Burn’s Orchards in Winterport. Later she was employed for many years at Bangor Shoe Factory and Emple Knitting Mill in Brewer. Ida was an active member of the St. Gabriel’s Catholic Church, including the Daughters of Isabella organization. She was always involved in church suppers and fundraisers. Ida also was an active member of the Riverside Riders Snowmobile Club. Over the years she acted as secretary, treasurer, MSA reporter and kitchen help. The clubhouse is now renamed the “Harry J. Rancourt, Jr. Clubhouse” in memory of Harry after he passed in 2007, Ida liked that.

The family would like to extend our sincere appreciation to the staff at the Bangor Nursing and Rehab Center in Bangor. We can’t say enough how much it meant to all of her daughters that you took such good care of our beloved Ida.

Relatives and friends are welcome to call 6-8 p.m., Tuesday, July 9, 2019, at the Hampden-Gilpatrick Chapel of Brookings-Smith, 45 Western Avenue, Hampden. A Funeral Mass will be held 11 a.m., Wednesday July 10, 2019, at St. Paul the Apostle Parish, St. Gabriel’s Catholic Church, 435 S Main St, Winterport, ME 04496. Conversation and refreshments will be held at the Columbian Hall immediately following the Mass, Wednesday. Private interment will be in Oak Hill Cemetery, Winterport. Condolences to the family may be expressed at BrookingsSmith.com
Read Less

We encourage you to share your most beloved memories of Ida Mae here, so that the family and other loved ones can always see it. You can upload cherished photographs, or share your favorite stories, and can even comment on those shared by others.

Posted Jul 07, 2019 at 05:42pm
My friend Tammy and I had the pleasure of meeting Ida when playing music at Bgr Rehab. I think she was pleased when I learned the words to “Ida Sweet as Apple cider. Sweeter than all I know”. She was a sweetheart. I will miss her. I’m sorry I won’t be able to make the services but I will be thinking of the family. Deb Falkenburg
Comment Share
Share via: 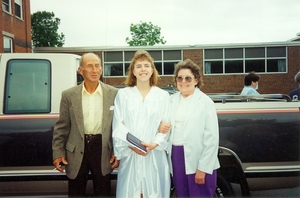