To share your memory on the wall of George Doughty, sign in using one of the following options:

We encourage you to share your most beloved memories of George here, so that the family and other loved ones can always see it. You can upload cherished photographs, or share your favorite stories, and can even comment on those shared by others.

Posted Jul 11, 2019 at 11:46am
Just wanted you to know how much we enjoyed having George as a customer at the Dollar Tree on Union str. He would visit us at least once a week and share some stories and general conversation about his day. Sure will miss him. His smile was contagious. I feel your loss.
Comment Share
Share via:
L

Posted Jul 10, 2019 at 11:39am
We are so sorry for your loss. You have the deepest sympathy of the Higgins family. Eric & Maria, Chris & Stacy
Comment Share
Share via:
SS

I'm so sorry for your loss Rice family. Thinking of you at this time! -Stacy

Posted Jul 10, 2019 at 09:57am
Sandra and family:
So sorry to hear of your loss. I can't remember a time when we bumped into you both and George could always put a smile on my face. He was one in a million. Both George and Carroll always had something to say about work! With time, I hope your pain eases and your wonderful memories of your life together fill the void. Both Chris and Jeff also send their condolences.
Sandy and Carroll McGrath
Comment Share
Share via:
BF 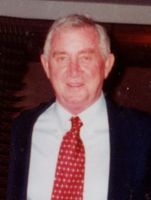