To share your memory on the wall of Eugene Putnam, sign in using one of the following options:

Provide comfort for the family of Eugene Putnam with a meaningful gesture of sympathy.

Gene, or “Buster” in the southern Aroostook area, was one of eleven siblin... Read More
HAMPDEN - Eugene, 10/13/34, passed away July 6th, 2019. He was born in Cary Plantation Maine, son of Philip and Vivian (Adams) Putnam.

Gene, or “Buster” in the southern Aroostook area, was one of eleven siblings, seven boys and four girls, on the Dean and Minnie Pollard Putnam 150-acre potato farm, astraddle U.S. Highway No. 1(now number 1679.) Arguably at the very southernmost end of the best farming soil in the state and offering ample basic food potential for the great depression, walkers (hobos as they were called) were allowed to sleep overnight in the large family barn (but without matches in their pockets.) Gene as a youngster believed there were more of them on the highway than automobiles, through 1938. In 1939 Canada joined England at war, and ten miles to the north, Houlton’s eastern boundary and its airfield became—per the Geneva Convention—a sanctioned United States ‘fly in’ zone, with a manual push across into Canada, for a ‘fly out ‘point. This same base later housed the German POW’s that were trucked daily on No. 1 Highway by the Smith Grammar School to cut wood for the war effort in Amity and other towns beyond.

Post war electricity and a farm tractor came to the Putnams to assist the three draft horses and the butter-egg barter with the A&P for groceries, and daily milk refrigeration changed a 5 ½ day work week to seven full days. (Because of the damn cows the Putnam family now also had a dairy farm.) Gene’s mother, Vivian, was a school teacher for 37 years. In the early years, her pay came only when the unorganized territory owners paid their taxes in April. Vivian welcomed Hood’s paying for milk every two weeks, as she felt it offset husband Philip’s potato income (one-year potatoes had been 25 cents per 165-lb barrel after horse hauling the 10 miles to the market in Houlton, with no market the following day.)

Gene attended the Ricker Classical Institute in Houlton and played basketball and pitched baseball. He also did speaking contests, was a class president, recipient of a senior year honor awards, and re-enrolled in 52’ at what had become Ricker College. In the summer of 1952 Gene began seasonal work for a major national newspaper at their private sporting camp in Maine’s unorganized township, and stayed on summers through college as a registered Maine Guide. Gene switched to the University of Maine at Orono/UMO campus and completed a four-year major in forestry and surveying. A United States Army deferment and employment at Great Northern Paper Company ended the day after a June graduation in 1957.

Gene spent two years in Germany on the Cold War Czechslovakian border as a tank commander and attained Buck Sgt. Rank in General Patton’s 4th armored division. (Elvis P. was there also with the 7th army but not quite as close as he to the Russian Army.) From 1959 to 1963, Gene returned to work with Great Northern Paper and worked a 5 ½ work day week/55 total hours. Starting with an axe, hand compass, and a tent, he received state wide credit for both field groceries and float or ski plane rides to work, and was given a few cents per mile for use of his own car.

From 1963 to 1971, Gene was an assistant superintendent DFE of forest management, foresters, engineers, timber cruisers, surveyors and scalers (40-45 total people in Maine) and he also played a major role in the acquisition of Southern Land and Timber Company and its three-state land ownership and lease in Georgia. Gene participated in a GNP Co. merger with Nekoosa Edwards in the lake states. In 1971 a GNP company recreation department was established and run by Gene, until the Bangor corporate office was closed and all GNP land management activities were moved to Millinocket. Gene did not go with the company, now under VP of manufacturing. Gene decided to strike off on his own and for the next 34 years (taking advantage of his previous experiences with GNP Company and its many great people) offering land management and surveying to the public out of his home in Hampden.

Gene and his Canadian wife, Susan began alpine skiing when they married in 1966. They enjoyed skiing many of the mountains in Maine, to include Hermon Mountain, Squaw Mountain and Sugarloaf. Gene obtained a small parcel of land on the Carrabassett River and built a four season camp for family enjoyment. When he was not at his Hampden home answering calls and providing other professional services to the 685 former job sites under his own surveying and forestry licenses, he was there in the Bigelow and Sugarloaf mountains area.

Gene was predeceased by his wife, Susan (Cabot), an infant sister, Virginia and an adult brother, Keith. He is survived by five brothers (and their respective families) Leigh of Amity, Marvin of Scarborough, Vaughn of Houlton, Murray and Barry of Oakfield, three sisters (and their respective families) Evelyn of Houlton, Pamela of Wolfeboro NH and Cheryl of Zephyrhills, FL; two daughters Heather Putnam and husband Gary Thorpe of Falmouth, Heidi Hayes and husband Michael of Pownal, son Dean Putnam and wife Beth of Needham, MA; grandchildren Joseph Thorpe, Kelly and Ben Putnam, step-granddaughter Catherine Thorpe and best friend (particularly in the outdoors) and significant other, Carolyn Yoder of Penobscot.

Relatives and friends are welcome to call 10-11 a.m., Thursday, July 11, 2019, at the Hampden-Gilpatrick Chapel of Brookings-Smith, 45 Western Avenue, Hampden, where a funeral service will be held 11 a.m., Thursday. Interment will be in Lakeview Cemetery, Hampden, on the same street with the lot marked by PUTNAM on a natural mid-sized boulder rescued from the Carrabassett River. Those wishing to remember Gene in a special way may make gifts in his memory to The University of Maine Foundation, 2 Alumni Place, Orono, ME 04469, for the benefit of the Forestry Program, or to the Lafayette Family Cancer Center, c/o Northern Light Health Foundation, PO Box 931, Bangor, ME 04402-0931. Condolences to the family may be expressed at BrookingsSmith.com

(per Gene ‘this obituary cost leaves me exactly where I came into this world, no shirt!’)
Read Less

We encourage you to share your most beloved memories of Eugene here, so that the family and other loved ones can always see it. You can upload cherished photographs, or share your favorite stories, and can even comment on those shared by others.

Posted Jul 10, 2019 at 04:17pm
With loving memories of Gene and warmest condolences to Dean, Heather, and Heidi, and families, and Carolyn, and all others Gene blessed!

Posted Jul 09, 2019 at 07:15am
Friend and mentor. At Harrington Lake was the best summer of my life thanks to you. Doug Anderson
Comment Share
Share via:
LM

Posted Jul 08, 2019 at 09:57am
Dear Dean, Heather and Heidi, Sending love and condolences to you and your families. 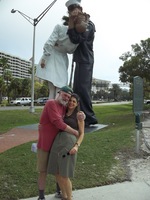 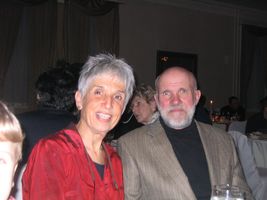 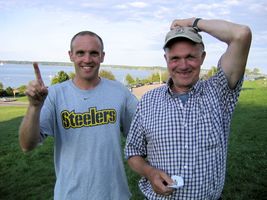 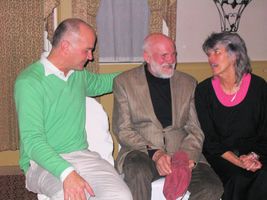