To share your memory on the wall of Roy Warren, sign in using one of the following options:

Provide comfort for the family of Roy Warren with a meaningful gesture of sympathy.

Roy was born July 3, 1955 to father Gardner and raised by loving mother Dorothy, along brother Jim and sister Bev Mansell (Tom, daughter Tracy). Born in Salem Mass and raised in Maine, where at a young age he met smoking-hot future wife Martha Pinkham. He was an accomplished athlete, driven entrepreneur, and devoted family man. He is survived by Martha, kids Nikki Cavallo (Jeff), Mac (Ashley) and Roy Jr. Known lovingly as "Bumpa” he forever will be remembered by grandchildren Caroline, Jack, John Malcolm, William, Bella, Anthony and Sophia.

Best described by a friend as " completely generous and honest”, Roy lived his life by his own terms, guided by his Christian faith, love and an eternal optimism that he maintained until his last day.

We encourage you to share your most beloved memories of Roy here, so that the family and other loved ones can always see it. You can upload cherished photographs, or share your favorite stories, and can even comment on those shared by others.

Posted Jul 12, 2019 at 04:05pm
Dear Martha & Family ~ My condolences to all of you. I remember when you both lived here in Bangor and you, Martha, gave us parenting classes. We all wanted to see how you did with that information when you and Roy were parents, but you guys moved away so we couldn't see. I'm sure you both did well, cause I know you have a nice family. Roy was too young to be gone and my heart goes out to you.
God Bless you,
Nancy Isaacs
Comment Share
Share via:
CM

Posted Jul 09, 2019 at 08:42am
Martha and family, so sorry for the loss of your beloved, Roy! Thoughts and Prayers to you , your family and friends!
Carol Corey Mayhew✝️
Comment Share
Share via: 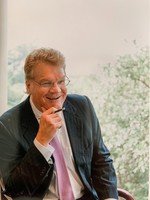