To share your memory on the wall of Lloyd Edson George, sign in using one of the following options:

Lloyd was a man of faith, integrity, compassion, and love. He started his newspaper route at ten years old, saved all his money, and bought a motorbike to speed up his deliveries. As a teenager, he had a passion for farming and animals that was fostered by his work at Hillman’s Dairy Farm, now the site of Husson University. Lloyd attended Sunday School with his siblings, at First Christian Church on Hammond Street in Bangor. When it came time to transfer to the family’s faith tradition at St. John’s Episcopal Church, he opted to remain at First Christian Church. Here he blossomed as a youth leader, mentoring many young people in the Bangor area. His Youth Group thrived in a time where the Inner City Youth Movement would bring hundreds of youth together from all denominations to worship and to engage in mission work. He was most proud of the youth he mentored over the years.

He was a singer from a very early age. He sang at Fairmount Elementary School, Fifth Street Junior High School and Bangor High School. The Earle Hillman Family were friends with his school teachers, and he would be summoned to come attend Bible studies at their home so that he would sing. He sang in the choir at First Christian Church and was a soloist at many weddings and funerals in the area. He sang in the Bangor Interracial Choir and the Savoyards, singing in local productions of Gilbert & Sullivan shows. When the opportunity to sing more arose, he helped to start the Bangor Community Chorus. He celebrated their 50th year in April, singing his usual bass and baritone at the concert.

Lloyd was a member of the North Star Lodge No. 22, F. & A.M. Most Worshipful Prince Hall Grand Lodge, Jurisdiction of Massachusetts. He served as Worshipful Master, District Deputy, and in several other chairs. He treasured his brethren and greatly relished their community outreach. The annual Visitation and Lobster Feed and the Scholarship Fund made him particularly pleased.

After his beloved First Christian Church closed, he joined the Hammond Street Congregational Church. He loved singing in the choir, enjoyed the Churchmen’s League activities and the infamous dart ball team. Lloyd served in many capacities such as deacon and moderator. His carpentry work in the church is seen all throughout the building, including in the steeple. He cooked the scrambled eggs for Easter breakfast and the fish chowder for the Church Fair.

Lloyd was an avid vegetable gardener. He loved to deliver his harvest to friends and family. He was a highly skilled craftsman. Over the years, he built his own motorboat, a camper, his home, cedar chests for his wife, Inez and his daughters. Lloyd was a proud member of the Bangor High School Class of 1953. He greatly enjoyed their gatherings for monthly luncheons and annual extravagant reunions. He was an athlete who excelled in football and track, also playing baseball and basketball.

As a young man, Lloyd began working with his father in the construction industry as a laborer. Over the years, he worked at T.W. Cunningham, Nickerson O’Day, and others. In the late 1960’s, he began his own construction business. There are very few streets in Bangor that do not have his handiwork displayed on them—chimneys, foundations, porches on the outside. He did carpentry, masonry, earth work, heavy construction, among others. As a young man, he worked on building the runway at Dow Air Force Base, and putting in foundations in the homes of Bangor Gardens. As a subcontractor, he worked on the Bangor-Brewer Veterans Bridge doing earth work for the abutments and installing the octagon retaining walls you see when you drive by all of the exits. He built an addition to a school in Houlton, a fire station in York, and a remodel at the Orrington Elementary School, where he added his musical assistance to help Music Teacher, Julie Ewing teach kids to sing. He installed the large lagoons for sewage treatment plants in Guilford and several other places. He installed catch basins for drainage and manholes for sewer lines from South Berwick to Cape Elizabeth, to Howland, to Gorham, to Portland, to Machais . . . He employed every person that the good Lord sent him and each was important to him. He was a task master and a teacher who instilled a work ethic that many credit to their advantage in their lives today. He was an avid believer in education, and as such, he would employ young people and always steer them toward becoming educated. He relished the knowledge and wisdom that his ancestors shared with him, and he knew the significance of passing along that wisdom. His crews were always a mixture of young, inexperienced persons whom he would instruct and guide, and experienced, skilled workers who would share their knowledge with the others.

Lloyd was most happy with his role as husband and father. He celebrated his 55th wedding anniversary with his beloved wife, Inez on July 25th. He told her he had chosen well when he chose her. From their engagement at Cascade Park, there was never any doubt of their love for one another. His girl from Boston was his partner in all things. They raised three children, Linette, Nathan, and Stacy, instilling in them their family values while providing support, challenge, humor, and stability. Joy was always experienced when they were together. Today, these adult children display the depth of influence by their parents in their career and life choices. Stacy is in the midst of training to become a registered nurse. Nathan is a high school English teacher. Linette is a reverend. Lloyd’s legacy is in the lives of those who live on who knew him. He was a humble servant of God who cared immensely for all of God’s children. He is singing in the heavenly choir in eternal life with his God.

Relatives and friends are welcome to call 4-7:00 pm, Friday, August 9, 2019 at Brookings-Smith, 133 Center St., Bangor where a Masonic memorial service will be conducted at 6:00 p.m. by the officers and members of the Most Worshipful Prince Hall Grand Lodge of Massachusetts F. & A.M. and North Star Lodge No. 22 F. & A.M. A Service of Celebration and Thanksgiving of Life will be held 1:00 pm on Saturday, August 10, 2019 at Hammond Street Congregational Church, UCC, 28 High St., Bangor with the Reverend Dr. Mark A. Doty, officiating. The family invites relatives and friends to share conversation and refreshments in the church Vestry immediately following the service. Interment will follow the reception at the City Section of Mt. Hope Cemetery, Bangor.

We encourage you to share your most beloved memories of Lloyd Edson here, so that the family and other loved ones can always see it. You can upload cherished photographs, or share your favorite stories, and can even comment on those shared by others.

Kirk and Much Love, The Kellys sent flowers to the family of Lloyd Edson George.
Show you care by sending flowers

Posted Aug 10, 2019 at 10:21am
Our deepest condolences and prayers. Love always. The Carter Family

Posted Aug 08, 2019 at 12:56pm
Our thoughts and prayers are with you and your family. With deepest sympathies from us to you. EHS English Department

Flowers were purchased for the family of Lloyd Edson George. Send Flowers

Much Love, The Kellys

Much Love, The Kellys purchased flowers for the family of Lloyd Edson George. Send Flowers

Posted Aug 06, 2019 at 01:10am
So sad to hear of Lloyd's passing! My dearest and heartfelt prayers are with you all during this difficult time. Lloyd was a wonderful man and a great father and husband. I will keep you all in my prayers!!

So sorry for your loss. Your father was such a kind and giving person, with a beautiful voice. He will be missed by many. 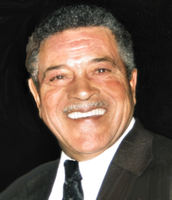 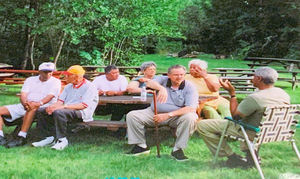 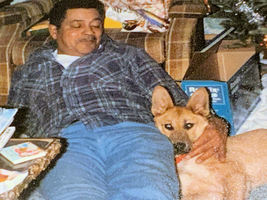 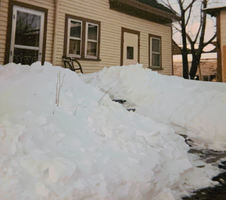