To share your memory on the wall of Carole Lawson, sign in using one of the following options:

Carole was predeceased by her parents, one brother, two sisters, her son, Brian E. Lawson; and the father o... Read More
BANGOR - Carole Nadine Lawson, 84, passed away peacefully May 23, 2021. She was born May 19, 1937, to Reginald and Evelyn Brooks.

Carole was predeceased by her parents, one brother, two sisters, her son, Brian E. Lawson; and the father of her children, Thomas E. Lawson. She is survived by her sister, Sandi Hart; one son, Mark Lawson and his wife; two daughters, Kelly Lawson and Susan Haskell; six grandchildren; three great-grandchildren; several nieces and nephews; and very special friend, Mary Orne.

Carole worked for the phone company as an operator for several years. She was a loving caring mother and grandmother. A special thanks to her granddaughter, Stephanie, who has been a caregiver to her for many years. Carole will be dearly missed, and in will remain in our hearts forever.

Services will be at a later date.
Read Less

We encourage you to share your most beloved memories of Carole here, so that the family and other loved ones can always see it. You can upload cherished photographs, or share your favorite stories, and can even comment on those shared by others.

Plant a Tree in Memory of Carole
Plant a tree 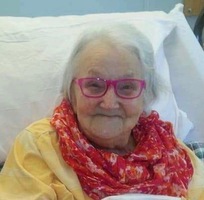