To share your memory on the wall of Raymond Spaulding, sign in using one of the following options:

Print
HAMPDEN & ZEPHYRHILLS, FL - Raymond Leon Spaulding, 94, died August 1, 2020, at his home, due to natural causes. He was lovingly surrounded by family near and far. Ray was born October 18, 1925 in Hampden, to Leon and Effie Spaulding.

... Read More
HAMPDEN & ZEPHYRHILLS, FL - Raymond Leon Spaulding, 94, died August 1, 2020, at his home, due to natural causes. He was lovingly surrounded by family near and far. Ray was born October 18, 1925 in Hampden, to Leon and Effie Spaulding.

He graduated from Hampden Academy in 1944 and started working for Maine Central Railroad later that year. His older brother Budd's service in the Airborne Infantry in Europe and a sense of duty inspired him to serve in the Civilian Defense Corps during WWII. His distinguished career at MCRR spanned 41 years, during which he served many roles in the company, including crew inspector, route clerk and salesman. In 1949, Ray became a member of the Rising Virtue Lodge #10, AF & AM of Bangor Maine, eventually gaining the title of Worshipful Master. He was a founding member of the Hampden Historical Society and remained an active supporter for the remainder of his life. In 1966, he married Dorothy (Shorette) LaFontaine.

He was described by those who knew him well as being a hard worker and a caring, honest person. He was very proud of his family and friends, and never missed an opportunity to express that.

In addition to his parents, Raymond was predeceased by his loving wife, Dorothy, of 47 years; his daughters, Barbara Eckerd and Jo-Anne Peddicord; great-granddaughter, Brittany; brothers, Owen, Budd; and sister, Gloria.
Raymond is survived by his daughter, Marie Sekera, her husband, Joseph and their children, J. Todd, Nichole, Andrew, Kimberly, Jennifer, Kristen, Elizabeth, Meghan, and Michael; his daughter Barbara’s children Randy, Bridget, Julie, Amy and Sherri, Joanne’s children Lori and Eric. He is also survived by 17 great-grandchildren and 10 great-great-grandchildren, nieces and nephews, Jane Fraser, Leon and Gary Spaulding and their children, sister-in-law and husband, Rosemarie and Christopher Bate.

We gratefully acknowledge his dear friends, Royce and Joyce Wheeler, and many more from the Colony Hills community, the Leach Home, and The Country Villa, where he resided over his lifetime. A special thank you to Dr. Sherry Anderson and St. Joseph’s Hospice for their loving care.

A memorial service will be delayed until further notice. Donations and gifts in Raymond’s memory can be made to St. Joseph HomeCare and Hospice, P.O. Box 403, Bangor, ME 04402-0403, the Children’s Dyslexia Center, Attn: Guy Chapman, 294 Union St. Bangor, ME 04401, or the Hampden Historical Society, PO Box 456, Hampden ME 04444-0456. Condolences to the family may be expressed at BrookingsSmith.com
Read Less

We encourage you to share your most beloved memories of Raymond here, so that the family and other loved ones can always see it. You can upload cherished photographs, or share your favorite stories, and can even comment on those shared by others.

Posted Aug 11, 2020 at 11:25am
I want to add my condolences to those of others. I knew Ray through the Hampden Historical Society. He was a charter member of our organization and continued to be a generous supporter over the years. I always enjoyed the chance to visit with him at HHS events. His interest and enthusiasm for history belied his age and his smile and easy manner will be missed.
Comment Share
Share via: 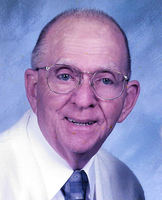