To share your memory on the wall of Jean Paschal, sign in using one of the following options:

She married her high school sweetheart, Edmond M. Paschal in 1958. Together they had three children and spent the next twenty years traveling as a close-knit Air Force family. After their retirement from the military, they returned to Bangor to live out the remainder of their lives. Jean has always had a strong Catholic faith and an unparalleled devotion to her family, often stating her children, grandchildren and great grandchildren were the joys of her life. Music, cooking, baking and ceramics were a few of the hobbies she appreciated.

She is survived by her sister, Sally McDonald; her children, Kim Numrych and her husband, Bob, of Bangor; Sue Curtis and her husband, Scott, of Old Town and her son, Wayne Paschal of Bangor. She was a wonderful grandmother to her seven grandchildren, Ryan, Erika, Matt, Kelsey, Brandon, Shannon, and Remay. She also felt truly blessed to know her five great grandchildren; Peyton, Nicole, Bailey Noah, and Curtis Edmond. She is also survived by special nieces, Lauri and Kelly. She was also predeceased and survived by many members of the Paschal Family.

The family wishes to express their special thanks to Dr. Christopher Ritter and his staff members, Mickey and Allison. The Maine Veterans Home who cared for her so gently throughout the last year of her life. We feel grateful to Saint Joseph's Homecare and Hospice who assisted us in bringing her home for the last few months of her life. Their wise and experienced care have supported us all in her final weeks. Jean passed peacefully and without pain, reinforcing in her last days, "I’ve had a good life!"

A graveside service will be held at the Mt. Pleasant Catholic Cemetery, Bangor, later in the spring.
Read Less

We encourage you to share your most beloved memories of Jean here, so that the family and other loved ones can always see it. You can upload cherished photographs, or share your favorite stories, and can even comment on those shared by others.

Posted Jan 10, 2021 at 05:43pm
I did not know Jean but worked with Kim for years and knew her husband Bob. I know she was a special lady and will be greatly missed.
God Bless you all
Babette
Comment Share
Share via: 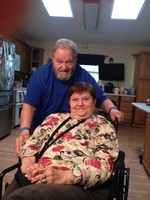 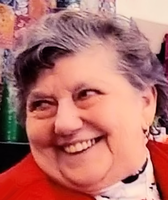 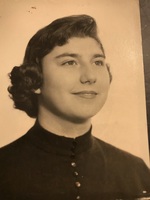