To share your memory on the wall of Jacquelyn Elizabeth Knight Aubrey, sign in using one of the following options:

Provide comfort for the family of Jacquelyn Elizabeth Knight Aubrey with a meaningful gesture of sympathy.

We encourage you to share your most beloved memories of Jacquelyn Elizabeth Knight Aubrey here, so that the family and other loved ones can always see it. You can upload cherished photographs, or share your favorite stories, and can even comment on those shared by others.

Posted Oct 25, 2019 at 05:06am
A poem by Emily Dickinson which I feel speaks of Jackie:
If I can stop one Heart from breaking
I shall not live in vain
If I can ease one Life the Aching
Or cool one pain
Or help one fainting Robin
Unto his Nest again
I shall not live in Vain
....

Posted Oct 17, 2019 at 10:24am
Byron and family, Wish we could be there with you in person, but know we are with you all in spirit. We loved Jackie and will miss her so much. Love 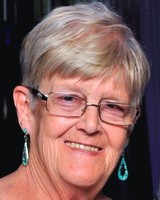 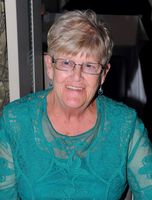