To share your memory on the wall of Edward "Eddy" Forrest Smith, sign in using one of the following options:

Provide comfort for the family of Edward "Eddy" Forrest Smith with a meaningful gesture of sympathy.

We encourage you to share your most beloved memories of Edward "Eddy" Forrest here, so that the family and other loved ones can always see it. You can upload cherished photographs, or share your favorite stories, and can even comment on those shared by others.

Alessandra, Sofia & Joshua Bruno, The Schwery Family, Ron, Emily, Alex,Gabe, Grace a, and others have sent flowers to the family of Edward "Eddy" Forrest Smith.
Show you care by sending flowers

Posted Feb 28, 2020 at 01:48am
Eddy was on my team in Afghanistan doing the DEA mission. He was always cheerful, professional, and an absolute bright light on the team. I respected him, and relied on him without reservations. His passing is a loss to the world. He was one of the good guys, one of the best. Sincere condolences to all who knew him. Blue skies above my friend.
Comment Share
Share via:
KN

Posted Oct 26, 2019 at 05:47pm
Mary, Jena, so sorry for your loss. My memories are all of Eddie as a little kid full of energy running around your house and driveway while we were all hanging out at your house. Such great memories of Jr High and High School at your house. Reading the obit of Eddie's life, wow, what an accomplished man. I don't think I've ever seen someone so decorated. I would have like to have known him as an adult. Would love to have been there to see you today in Bangor but I am out on the other coast. Glad to see you and Jena are still so close. Best wishes and thoughts. Luv Kevin Nelson
Comment Share
Share via:
AB

Posted Oct 25, 2019 at 10:14am
Eddie, A true war hero gone to soon. Thank you for your service above self. From protecting our great country and your incredible loving family.RANGER

Posted Oct 25, 2019 at 09:24am
Words or flowers cannot express my profound sadness with the passing of Eddy. It was an honor to have known and served with him.

Posted Oct 24, 2019 at 06:13pm
Our warmest condolences. May you be comforted by the outpouring of love surrounding you. 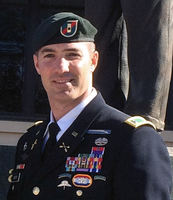 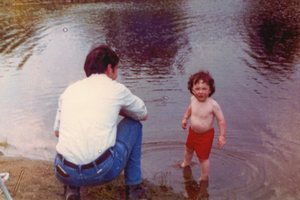