To share your memory on the wall of Milton E. \"Uncle Milty\" Alley, sign in using one of the following options:

Provide comfort for the family by sending flowers or planting a tree in memory of Milton E. "Uncle Milty" Alley

Provide comfort for the family by sending flowers or planting a tree in memory of Milton E. "Uncle Milty" Alley


“Race the Rain, Ride the Wind, Chase the Sunset.
Heaven Bound, Hammer Down.
Your shift is over driver,
You can rest now.”
Read Less

We encourage you to share your most beloved memories of Milton E. "Uncle Milty" here, so that the family and other loved ones can always see it. You can upload cherished photographs, or share your favorite stories, and can even comment on those shared by others.

Posted Nov 25, 2019 at 12:41pm
I never met you , however you must have been an amazing guy! I watched the parade of bobtail semis pass me twice . I watched in awe with all my Great Danes as your followers past by my farm on the Coldbrook Rd. What a wonderful legacy you left ! I wish I had had the honor to meet you and call you uncle Milty . RIP , the universe has a giant hole in it only you can fill !
Comment Share
Share via:
HS

Posted Nov 18, 2019 at 04:28pm
Dear Darlene, Please accept our heartfelt condolences for your loss. Our thoughts are with you and your family.

Posted Nov 18, 2019 at 11:28am
Milt could always make me smile. Every time we talked was an adventure. He'd always check in on what type of truck I was driving nowadays, how the family was doing, then give me a good chuckle on something that had transpired on his end. Those conversations will be truly missed.
Comment Share
Share via:
TM 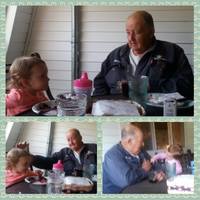 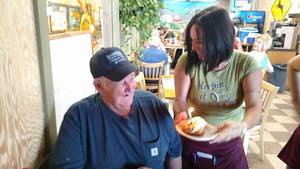