To share your memory on the wall of Charles Calvin Costa, sign in using one of the following options:

He quit school at 16 to work at Marc Island Ferry Company in ... Read More
Charles Calvin Costa, 94, passed away November 18, 2019 at a Bangor hospital. He was born June 22, 1925 in Benecia, California the son of Anthony J. and Emma (Lawrence) Costa.

He quit school at 16 to work at Marc Island Ferry Company in Valleyo, CA as a boat operator. He was drafted into the U.S. Navy in 1943 where he served in the south Pacific in the amphibious. Charles was discharge from the Navy in 1946. He returned to the Ferry Company in Valleyo, CA and later went to work for the Fleet Maritime Suisun Bay, CA, as a boat operator. In 1949 Charles joined the U.S Coast Guard. He married Faye Horn in August 1952. Charles was transferred to the East Coast to Virginia in 1963. He retired in 1967 from the Coast Guard as Chief Petty Officer with 22 years military service and settled in Thorndike, Maine. He then worked for Delta Chemicals, Searsport, retiring in 1992. He was an active member of Star in the West Lodge #85 of Unity for about 30 years, serving as master for two years and chaplain for 8 years also a member Maine Consistory 32nd degree and Annah Shriners.

A memorial service will be held 12 PM Friday, November 22, 2019 at Brookings-Smith, 133 Center Street, Bangor. The family invites relatives and friends to visit from 11AM until the time of service.
Read Less

We encourage you to share your most beloved memories of Charles Calvin here, so that the family and other loved ones can always see it. You can upload cherished photographs, or share your favorite stories, and can even comment on those shared by others.

Linda, Karen and Erin Norton sent flowers to the family of Charles Calvin Costa.
Show you care by sending flowers

Posted Nov 20, 2019 at 06:57am
Please accept our most heartfelt sympathies for your loss... Our thoughts are with you and your family during this difficult time. 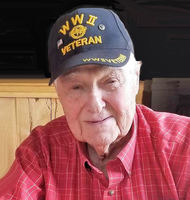 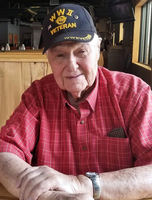 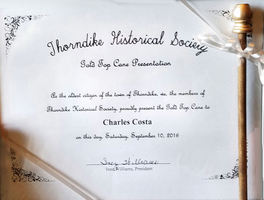