To share your memory on the wall of Don D. Stimpson, sign in using one of the following options:

Provide comfort for the family of Don D. Stimpson with a meaningful gesture of sympathy.

Print
Orono and Presque Isle - Don D. Stimpson, aged 87, passed away peacefully on Saturday, January 4th. He was born on January 11, 1932 to Clifford and Anne Stimpson of Presque Isle.

Don was a 1949 graduate of Presque Isle High School. He ... Read More
Orono and Presque Isle - Don D. Stimpson, aged 87, passed away peacefully on Saturday, January 4th. He was born on January 11, 1932 to Clifford and Anne Stimpson of Presque Isle.

Don was a 1949 graduate of Presque Isle High School. He obtained a Bachelors degree in Chemistry and Zoology from the University of Maine in 1955 before moving to the University of Toronto where he became a Doctor in Veterinary Sciences in 1960. At Toronto, Don was President of the Student Senate, and a recipient of multiple awards for outstanding scholarship and leadership.

Don practiced veterinary medicine in Presque Isle from 1960-1981, and was a professor at the University of Maine at Presque Isle from 1965-1981, where he served as Dean of Men and President of the Faculty Senate. Apart from his professorship and active veterinary practice, Don was active for the City of Presque Isle, serving on the City Council for nine years, and as Mayor for two. He was Director of the Presque Isle Chamber of Commerce for four years, and on the S.A.D Board of Directors for six years (three as Chair). For seven years he was Director of the Rotary Club, with one year as Rotary President. Don was also active outside of city government, acting as President of the New England Veterinary Association, and Editor of the quarterly Maine Veterinarian publication.

In 1982, Don was appointed Chairman of the Department of Animal and Veterinary Sciences at the University of Maine at Orono, becoming Associate Dean of the College of Natural Science, Forestry, and Agriculture, and then Acting Dean for two years before his retirement in 1996. During his tenure at UMaine, Don also served as "M" Club Director, and Superintendent of the J.F. Witter Research Center.

Don is survived by his wife of 60 years, Rita, a daughter, Leslie (Boyce) and husband, Larry of Sidney, and a son, Scott and his wife, Lori of Fairfield CT. He had six grandchildren who were the lights of his life: Christopher Boyce, Bryan Boyce, Don Stimpson, Kelley Boyce, Tyler Stimpson and Dillon Stimpson. He is also survived by his sister, Darla Chafin, of Augusta.

The family would like to thank the staff at the Meadowbrook Unit of Dirigo Pines in Orono and St. Joseph's Homecare and Hospice for all their help and care.

A memorial gathering to celebrate Don’s life will be held from 2-4:00 p.m., Saturday, January 11, 2020 at the Family Reception Center of Brookings-Smith, 163 Center St., Bangor. Those wishing to remember Don in a special way, may make gifts in his memory to the Bangor Humane Society, 693 Mt Hope Ave, Bangor, ME 04401.

We encourage you to share your most beloved memories of Don D. here, so that the family and other loved ones can always see it. You can upload cherished photographs, or share your favorite stories, and can even comment on those shared by others.

Posted Jan 09, 2020 at 02:45pm
My condolences to Rita and family. Don and I worked together at the University of Maine at Hitchner Hall for 5 years or so back in the early to mid-80s. I remember those years fondly working with Don and Al Corey, Bob Hawes and Harold Gibbs, in particular. Please know of my prayers for you and the family. Warm regards, Mary Brown
Comment Share
Share via:
CC

Posted Jan 09, 2020 at 05:15am
My uncle Don was really the glue that held us all together for so long. His was the house we met at and shared meals and memories. He was a quite modest man often but could also be a goofy lot of fun when you didn't expect it. His whole life seemed to be about family and helping others but he also had this professional life that was so separate it was easy to miss yet also very impressive. I'll miss you Don. Thanks for the inspiration and gift of your time in private conversations and steady kindness. I'll try to live up to your memory.
Comment Share
Share via: 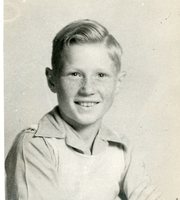