To share your memory on the wall of Judith Kalel, sign in using one of the following options:

Print
Glenburn – Judith Ann Kalel, 78, passed away in her home on January 29, 2020, surrounded by her family. She was born April 10, 1941, the daughter of Allen Wallace and Flora Folsom, raised by the Burns family, of Argyle.

Judith loved to... Read More
Glenburn – Judith Ann Kalel, 78, passed away in her home on January 29, 2020, surrounded by her family. She was born April 10, 1941, the daughter of Allen Wallace and Flora Folsom, raised by the Burns family, of Argyle.

Judith loved to cook and feed people, especially with her husband, Joe. She was an avid cat lover, and raised them like her children, which were her everything. Judith had such a giving nature, you couldn’t walk out her door without her making you take something with you.

In addition to her parents, she was predeceased by her sisters, Sandy Mishou, Lillian Shirley.

The family would like to express thanks to the staff at Kindred Hospice and Heidi Caron, for the genuine and personal care they provided.

A private graveside service will be held in the spring.
Read Less

We encourage you to share your most beloved memories of Judith here, so that the family and other loved ones can always see it. You can upload cherished photographs, or share your favorite stories, and can even comment on those shared by others. 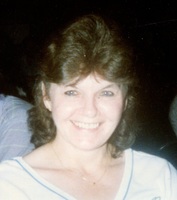