To share your memory on the wall of Mason Kervin-Hoad, sign in using one of the following options:

Mason left an impression on many in his 12 days on this earth, his strength and perseverance allowed his family time to travel to meet him and fall in love. Mason melted the hearts of all that crossed his path. Mason’s parents were both able to stay by his side almost every hour of his short life.

Mason’s parents would like to thank both our family members and friends, some were able to come and visit Mason, others for providing support, condolences and encouraging words. We also wish to express our gratitude to the Doctors, Nurses, and any other staff we encountered at Northern Lights EMMC Hospital during Masons stay there. The NICU staff especially took the time and care needed to guide and support us through what was a very difficult situation. Special thanks also to Bella Baby Photography, the photographers were kind, empathetic and gentle with everyone present, they moved about the room in such a way we all forgot they were there. The photos they took truly captured precious moments we can cherish forever.

Mason is predeceased by his great grandparents, James and Jacqueline Lajoie, John and Marie Kervin, Eliane and Ralph Plante, Paul Hoad and first wife Mary along with his second wife Michelina; his aunt Emma Hoad; uncle Jarod Kervin; and other extended family members.

A Celebration of Life will be held in the spring or early summer, a notice will be published closer to that time in the Bangor Daily News.
Read Less

We encourage you to share your most beloved memories of Mason here, so that the family and other loved ones can always see it. You can upload cherished photographs, or share your favorite stories, and can even comment on those shared by others.

Plant a Tree in Memory of Mason
Plant a tree 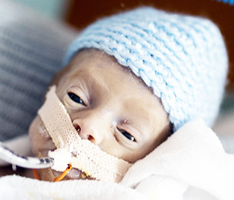