To share your memory on the wall of Milton Adelman, sign in using one of the following options:

Provide comfort for the family of Milton Adelman with a meaningful gesture of sympathy.

Milton Samuel Adelman, of Mars Hill, Maine, and Naples, Florida, died peacefully on March 31 at his home in Naples.

It’s tempting to think that Milton died of boredom, deprived of his regular games of ... Read More
MILTON S. ADELMAN

Milton Samuel Adelman, of Mars Hill, Maine, and Naples, Florida, died peacefully on March 31 at his home in Naples.

It’s tempting to think that Milton died of boredom, deprived of his regular games of poker with his pals down at the Naples VFW hall due to pandemic safety precautions. But in the end, it was old age that brought Milton down after 95 very full years as a farmer, community leader and family man.

Many recognize Milton as a successful potato farmer in Aroostook County, Maine; proud father of six and grandfather of eleven; enthusiastic antique car collector, starting with a beloved, mint-green ’37 Chevy; and a crafty poker and cribbage player. The thread running through it all was Milton’s zest for life, big heart and profound commitment to family and community.

Milton was born in Mars Hill in 1924, the youngest of Hiram and Katherine Goldsmith Adelman’s five children. After graduating from Ricker Classical Institute in Houlton, Maine, he attended the University of Maine in Orono before enlisting in the US Navy during World War II. The Navy sent him to study engineering at Rensselaer Polytechnic Institute, then on to a posting in Japan. He graduated from UMaine in 1948.

Milt returned to Mars Hill to farm potatoes with his father and brother Yale, with Adelman Brothers Potatoes becoming one of the most successful brands in Aroostook County. In 1954, Milt married Gloria Giggey of Fort Fairfield. Later, Yale and Milton teamed up with Herschel Smith and Dwinal Weeks to form WASA, a farm machinery company. Milton was a long-standing member of the New York Mercantile Exchange, beginning in 1954.

Milton’s commitment to community ran deep. He nurtured Jewish life in The County, serving as president of the Aroostook Hebrew Community Center in Presque Isle. He was president of The Aroostook Medical Center’s board of directors; a charter member of Rotary International in Mars Hill, serving as president; and was active in the Masonic Lodge. Milton, together with his wife Gloria, earned a Lifetime Achievement Award from the Central Aroostook Chamber of Commerce, and he was named a Paul Harris Fellow by Rotary International. He donated land for the Mars Hill Fire Department and the town’s water facility. Later, he contributed funding to create an indoor/outdoor patio at the Aroostook Medical Center in honor of Gloria, who served as the facility’s director of nursing and, later, administrator.

Milton was happiest planning his next project, playing a hand of cards, or living vicariously through his grandchildren. He’s well-remembered for a freezer filled with Klondike bars and his cut-throat cribbage strategies. Basic math for his grandchildren was learned one peg at a time by sitting across from Grampy at the cribbage table. He taught each of his grandchildren the importance, upon meeting someone new, to look ‘em in the eye and shake hands. Milton had the foresight to purchase a camp on an island in the middle of Meddybemps Lake in down east Maine back in the late 60s. As a result, there are numerous Miltonesque stories about canoes and motors and a tv lying on the bottom of the lake; getting lost overnight in the fog and sleeping on the boat; and bringing a pair of screaming peacocks to the island for two summers too many. Visions of Milton in his late 80s speeding up lake on a jet ski will be hard to forget.

Milton was preceded in death by his wife Gloria and youngest child Karyn. He also was predeceased by lifelong friends Gerald Rudman and Lester Cohen.

He also leaves behind cherished friend, caretaker and cribbage buddy Roz Kallet, in addition to friends Evelyn Small, Margaret Stevens and Laverne Alston. Finally, he got great pleasure hanging out with his poker buddies at the VFW, including Big Jim, Charlie, Fish and many others.

A celebration of Milton’s life will take place this summer.

Condolences to the family may be expressed at BrookingsSmith.com

Measure of a Man

Miles stretch wide, years bounce back,
with a handshake and a look ‘em in the eye
your grip stays real,
the pressure of which causes us
to think brightly on
yetis,
the television that lies
at the bottom of the lake,
2 dozen props,
the plumed peacocks,
boats that go bump in the night,
red lobsters and a
perfect hand of cribbage:

perfectly wrought images of a
not-so-perfect man
who never pretended
to be so…
just a big-hearted
white-starred
leader of the meteors,
Dad…Milton…Grampy,
the Energizer Bunny with
a drawerful of batteries to prove it,
the man who plants
red geraniums and kisses,
round whites and good will,
you know where he stands:
always behind you.

and you want to say,

Thank you for the
handshake and
the look in the eye.

We encourage you to share your most beloved memories of Milton here, so that the family and other loved ones can always see it. You can upload cherished photographs, or share your favorite stories, and can even comment on those shared by others.

Guaranteed hand delivery by a local florist
MY

Posted Apr 15, 2020 at 01:29pm
My sincere condolences and deepest respect to all members of the family during this very difficult time. I am very thankful to have had the opportunity to meet and know such a wonderful family. Words come to me hard during times such as this and you should know that you all are in my thoughts. Take care ...
Comment Share
Share via:
MY

Posted Apr 15, 2020 at 01:26pm
My sincere condolences and deepest respect to all members of the family during this very difficult time. I am very thankful to have had the opportunity to meet and know such a wonderful family. Words come to me hard during times such as this and you should know that you all are in my thoughts. Take care …
Comment Share
Share via:
LS

Posted Apr 11, 2020 at 06:31pm
I've been thinking of you often especially at this time in the loss of your Dad. Your parents were a special couple whom I hold in high regard, as well as you that are left behind. I'm thankful for the visits my wife and I had with them following the special honor that Scott bestowed on them, as well as myself, in June, 2003. I have spoken with pride of your accomplishments and respect for others often when the Adelman name was mentioned.

Posted Apr 11, 2020 at 06:05am
Dear Hiram,Todd et al.,
So sorry to hear about your Dad’s passing. What a tribute his obit was to an amazing man. Although his life was long, I know all too well the hole in your heart that is left when your father dies, especially when he was bigger than life itself. I only met your father once and that was at your amazing compound at Meddybemps. My time there with your family left an enduring memory. My deepest condolences to you all.
With love, Betsy Parker
Comment Share
Share via:
PD

Posted Apr 10, 2020 at 12:09am
Hiram, Cathy, Toby, Todd and Scott,
My deepest condolences of your father's passing. He definitely lived a long and full life and was proud of the accomplishments of his children. I never knew my father but I'd like to think that he would have been a lot like Milton. May his memory be a blessing. With love, Phil Drasner
Comment Share
Share via: 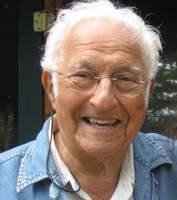 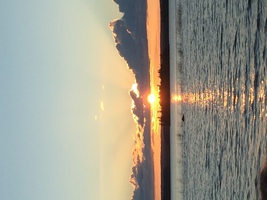 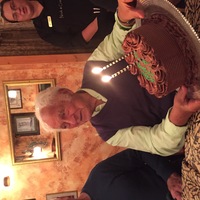 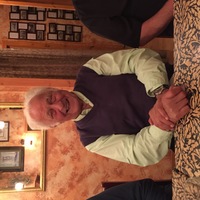