To share your memory on the wall of Ronald Ernest Tarr, sign in using one of the following options:

He was predeceased by his parents, his beloved wife of 51 years, best friend and lifelong partner, Betty Tarr, a grandson Frankie and his son-in-law Skip Mayhew.

Dad spent his days farming, logging and competing with his beloved draft horses mostly in Maine and few occasions in Massachusetts. He also competed in Canada where he and his team earned the title of International Horse Pulling Champions of the Year. Dad was a member of the Maine Draft Horse & Ox Association. His greatest passion was horses; rather it was riding, working, pulling, shoeing, or making memories with neighborhood children by giving them a ride on the scoot. He took great pride in his horses and was known as an outstanding teamster. He pulled horses as long as we can remember and had many champion teams through the years. It has been said that a horse pull may have lasted 5 minutes but the memories and conversations lasted a lifetime. Dad's devotion to the care and training of horses is legendary. His sage advice and willingness to help and guide others will be greatly missed by the horse pulling community but no more-so than by his dear friend Stevie Smith. When pulling and caring for his own horses became impossible due to his declining health, Steve was able to fill that void by humbly listening and embracing Dad's knowledge. Their 2-3 hour phone conversations meant more to Dad than anyone will ever realize.

Dad was known for his infectious smile as well as his kind & compassionate spirit. He loved and enjoyed his grandchildren immensely. Even during the last few days of his life Quintin, Emily & Peyton brought a smile to his face and his heart. Though we take comfort in knowing he can breathe, think & walk without struggling, we will miss him beyond measure.

The family would like to express a sincere thank you to Darla Cameron for not only being Dad’s long term provider, but also a dear and devoted friend.

We encourage you to share your most beloved memories of Ronald Ernest here, so that the family and other loved ones can always see it. You can upload cherished photographs, or share your favorite stories, and can even comment on those shared by others. 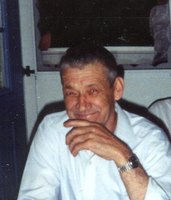 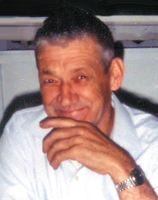 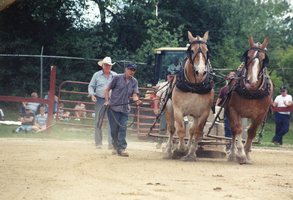 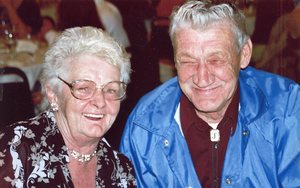