To share your memory on the wall of Suzanne Porter, sign in using one of the following options:

Suzanne was born in Bangor, Maine to Albert "Tiny" and Ruth (Chatterton) Porter.

Suzanne lived in Winterport, Maine until the closure of Dow AFB and then moved to Limestone, Maine where she was educated in Limestone schools.

In Virginia Beach she began her career as a well -known and much sought after psychic. She had been employed by both The Heritage and Good Vibes Wellness Centers in Virginia Beach. She had clients from all across the country so her home office was never quiet unless she was traveling to do readings throughout the Tidewater area of Virginia.

Suzanne was predeceased by her parents and 2 brothers Albert and Raymond "Chief" Porter.

Suzanne is survived by two brothers: Jim of Massachusetts and John of Connecticut as well as 3 sisters: Patti Akerson and her husband Sheldon of Perham ,Donna Porter and Penny Napier both of Virginia. She is also survived by numerous nieces ,nephews and cousins.

A graveside service will be held in Winterport at 11 AM at Oak Hill Cemetery on July 6th.
Condolences to the family may be expressed at BrookingsSmith.com.
Read Less

We encourage you to share your most beloved memories of Suzanne here, so that the family and other loved ones can always see it. You can upload cherished photographs, or share your favorite stories, and can even comment on those shared by others.

Posted Jun 30, 2020 at 03:58pm
I believe that one of the most best memories is when we had gone to a cabin on a lake, Susie and my sister Maureen were on a dock and one of them fell in .. We were grateful the it turned out alright.
Comment Share
Share via:
P

It was Susie and she was screaming her head off when Ray fished her out!
RK

Posted Jun 29, 2020 at 11:53pm
The Porter's have touched my life through Ray, Patti, Margo and this gorgeous lady even though I never met her. Condolences from the Kaylor Family.

Posted Jun 29, 2020 at 03:50pm
I will always remember the fun we had in Limestone being neighbors and the many walks down around the old potato houses with your dogs. So glad we reconnected on Facebook many years later. Really enjoyed our conversations. Love and Miss you my beautiful friend.
Comment Share
Share via: 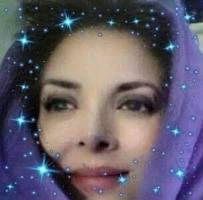