To share your memory on the wall of Karen Sommer, sign in using one of the following options:

We encourage you to share your most beloved memories of Karen here, so that the family and other loved ones can always see it. You can upload cherished photographs, or share your favorite stories, and can even comment on those shared by others.

Your Altria Family sent flowers to the family of Karen Marie Sommer (Morrison).
Show you care by sending flowers

Posted Jul 13, 2020 at 07:45pm
WOW!!! I was shocked to see Karen's obituary in The Day. I met Karen when she owned her business. We dated for a couple of months. She was so much fun. Then she decided to move to Las Vegas. Almost a year after she moved to Vegas I had to go to Reno, NV on business for about 3 weeks. I took 5 days off, called Karen and went to Vegas to see her. She said she missed the ocean, hadn't seen it since she moved to Vegas. We drove to San Juan Capistrano to dip our toes in the Pacific. We had a blast and having steak & eggs at 3:30 in the morning was great. That was many years ago. I have never forgotten Karen, the fun we had and the very special lady she was. If you got to know her, you would never forget her. Over the years I have thought of her many times. I'm a realist, I knew Karen was high heels, silk blouse and Cristal with a strawberry, me, I was and am running shoes, t-shirt and a long neck Coors. I am glad she found the happiness she deserved.
To the family my sincere condolences, the world has lost a beautiful, special lady.
Comment Share
Share via:
YF

Your Altria Family purchased flowers for the family of Karen Sommer. Send Flowers 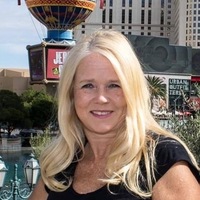 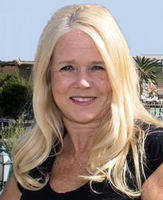