To share your memory on the wall of Joan Vanchieri, sign in using one of the following options:

Print
Bangor - Joan Vanchieri passed away peacefully in her home in the early morning of July 20th, 2020, surrounded by her close family.

Joan Marie was born November 16th, 1932, in College Point, New York, to Charles and Elizabeth Posthauer.... Read More
Bangor - Joan Vanchieri passed away peacefully in her home in the early morning of July 20th, 2020, surrounded by her close family.

Joan Marie was born November 16th, 1932, in College Point, New York, to Charles and Elizabeth Posthauer. There she later met the love of her life, Frank J. Vanchieri.

In 1952, they married and subsequently welcomed a daughter and a son. In 1955, the military sent them to Maine, where they settled in to raise their family and many years later welcomed another daughter and son.
Joan was a devoted wife and mother, and was known for her kind heart and open arms. After raising her children, Joan spent her time working as a special education teacher at Garland Street Middle School (later to be named William S. Cohen). In her free time she was an avid reader, and you could always catch her with her nose in a book or strolling through the Bangor Public Library. Joan loved the outdoors, including her flower gardens, their camp on Hopkins pond, and bird watching.

Everyone who knew Joan and Frank knew them for their Porch, where anyone could come to feel like they were home. The house they bought on Maple Street was always filled with friends and family; the Vanchieri’s were known best for their kindness—where they made sure everyone felt like part of their family.
Joan was predeceased by her mother and father; four sisters; her husband, Frank Vanchieri; and her daughter, Janice.

Joan is survived by her children, Thomas and his wife, Brenda, Marianne and her husband, Steve, and Richard; grandchildren, LeeAnne, Danielle, Kyla, Janelle, Dawnna, and Logan; her great-grandchildren, Emma, Cassie, Zachary, Bella, Owen, and Kairi.

The family wishes to thank Beacon Hospice for their extraordinary care.

Friends and family are welcome to attend a graveside service 11am, Friday, July 24, 2020 at Mt. Pleasant Catholic Cemetery, Ohio Street, Bangor. Those wishing to remember Joan in a special way may make gifts in her honor to the Bangor Public Library, 145 Harlow Street, Bangor, Maine 04401.
Read Less

We encourage you to share your most beloved memories of Joan here, so that the family and other loved ones can always see it. You can upload cherished photographs, or share your favorite stories, and can even comment on those shared by others.

Posted Jul 24, 2020 at 09:47am
I would like to extend to Joan Vanchieri 's family my condolences. She was a lovely lady to be proud of and always the same sweet personality whenever you met her. May she Rest In Peace with the Angels. Sandy Seguino
Comment Share
Share via:
KB

Posted Jul 24, 2020 at 03:00am
What a wonderful, remarkable and classy woman! Joan was one of the very best educational technicians I have ever worked with at Garland Street Middle School ( now Cohen ) as well as a great friend. She and Frank were a superb couple whose company Rick and I enjoyed for many years, be it going to "Our Italian restaurant" weekly for many years, fantastic dinners at the house or the numerous visits on the back porch. A piece of my heart is broken, however, the many, many memories with always be with me. Rest in peace, Joan. Our deepest sympathy to Marianne, Tommy, and Ricky and the rest of the family. Karen and Rick Bagley
Comment Share
Share via:
DP

Posted Jul 23, 2020 at 04:10pm
I am so sad to hear of Joan's passing. I worked with Joan at Garland Street Middle School/WSCS. We had so many things in common and we talked often of quilting, books, recipes and gardening, to name only a few. We kept in touch after I left the school and would meet for lunch sometimes. I think of her every time I drive by her house. I remember bringing my infant twins to her house to meet her (they are 18 now). I will always have such fond memories her her. Rest peacefully Joan.
Comment Share
Share via:
CV

Posted Jul 22, 2020 at 03:32pm
I adored Joan. She worked with me at Garland St. Middle School. What a positive, generous, kind, intelligent, welcoming, and beautiful lady! My condolences go to the family she loved so much. Carolyn Vose
Comment Share
Share via:
HS

Flowers were purchased for the family of Joan Vanchieri. Send Flowers 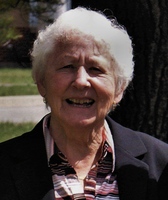 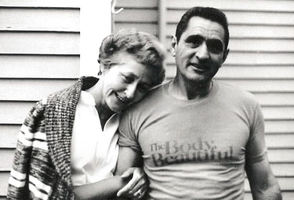