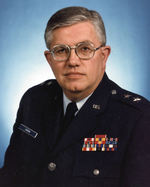 From the March 2017 edition of the Maine Seniors Magazine

At Maine Seniors Magazine, a Prime Mover is a senior who has devoted considerable time and energy to improving the living conditions of his fellow men in their country, state and or community. Nelson Durgin has accomplished all of this and is a quintessential example of such an individual. In a world of "paying it forward”, Nelson ranks as a senior who is paid through eternity.

Nelson was born in Oxford, Maine on June 23, 1937 and grew up in the Norway area. His first involvement with service to others was when he was elected president of his 6th grade class. Later, he graduated from Norway High School where he had been class president for three years and business manager for the school yearbook.

Following his high school graduation, Nelson moved to Bethel and began working at the Bethel Inn, where, according to Nelson, many young people from the area were employed during their school years. It was at the Bethel Inn that Nelson met an eventually fell in love with his future wife, Carla, who worked in the dining room. Carla laughs when she relates with a broad smile, “It was the “pickle and relish girl”

Nelson had applied to Gorham State Teachers College but wasn’t sure that teaching was what he wanted to do with his life. So, when the Bethel Inn closed for the winter in October, he went to Florida and worked at a hotel in Winter Park. Returning to Maine the following summer, he went back to work at the Inn. Sensing Nelsons potential, however, his boss strongly encouraged him to go to college. Nelson took his advice and went on to graduate with a degree in Business Administration from Portland University, which ultimately merged with Gorham State Teacher’s College, to form the University of Southern Maine.

In 1960, at the age of 23, fresh out of college with degree in hand, Nelson was draft eligible and decided to enlist in the Maine Air National Guard “ANG”. His father, along with several uncles, had served during WWII.

Nelson enlisted in the ANG on December 5, 1960, and prepared to leave for basic training. Before leaving, however, there was something that he wanted to do. He wanted to ask Carla to marry him. He did; she said, “Yes”: and that was that. Or, as Carla puts it, “He asked me to marry him, then left town”!

Having completed basic training, Nelson was assigned to Bangor where he began fulfilling his military commitment of one weekend per month, plus 15 days per year. At the same time his fulltime employment was as a salesman for a Portland (and new England wide) firm that sold building materials. Nelson covered Aroostook, Washington, and Hancock.

In 1962, Nelson and Carla moved to Belfast. Carla, who had graduated from Gorham State Teachers College, taught first grade until their first child, Michael, who was born in 1964. (Their second child, Marjorie, was born in 1969.) Once settled in Belfast, Nelson joined and became active in the newly-chartered Junior Chamber of Commerce (Jaycees), thus his entry into community service.

Nelson was promoted to 2nd Lieutenant, by the ANG in 1963, and was charged with overseeing the budget in Bangor. This was just the first of many promotions he would receive during his 35-year career with the Air National Guard leading up to 1991 when he was appointed by Governor John McKernan to be Maine’s Adjutant General and Commissioner for Defense, Veterans Emergency Management.

Nelson and Carla moved to Bangor in 1967 when he became controller for the ANG…A full-time position. From that time to the present, Nelson became increasingly involved in civic activities and organizations including, the Multiple Handicap Center, Eastern Maine Area Agency on Aging, United Way, St. Joseph Healthcare Foundation, Community Health and Counseling Center, Boys and Girls Club of Bangor, Bangor City Council, and many others. He has forged a place for himself as a valuable board member and participant. Nelson is known for his tirelessness, fairness, intelligence, and ability to get things done and he has received many awards and honors over the years. Reflecting on all of this, Nelson says, “I’ve tried to be active, in a positive way, to the community where I live. I think it’s important for the people who have the capability, to step forward and take some responsibility.”

Retiring for the military in 1995, and nearing the age of 60, Nelson found himself, for the first time in his life, without a job. But Nelson wasn’t ready to slow down just yet. That same year he became Executive Director and Administrator of Phillips Strickland House assisted living facility and was responsible for overseeing the construction of Boyd Place, an independent living center for seniors. Nelson held this position from 1995 until his retirement in 2010.

Nelson says that he really covers “both ends of the spectrum” between his work for the Eastern Area Agency on Aging and the relatively-new Bangor Boys and Girls Club which provides a supervised quality afterschool program for students in Bangor. Many of those students would spend time alone as they come from single parent homes or homes where both parents work.

When Nelson was asked if there was one of his accomplishments of which he was most proud, he thought for a moment, then responded, “I was pleased to serve elective office within the city during my two terms on the Council. I think it’s important for citizens to be involved.” Nelson continues to be a voice in Augusta for the citizens of Bangor through his participation on the Maine Municipal Association Legislative Policy Committee.

It makes one wonder how Nelson has managed to dedicate so much time to his community and state, while serving his country competently and devotedly. Fortunately, along the way he had the love and stalwart support of Carla, his wife of 55 years, who ably kept the home fires burning…and dinner warm. Nelson says, “she provided so much support for me, it’s incredible.”

Thank you, Nelson and Carla. Your neighbors in the Bangor area, the State of Maine, and beyond are grateful for your many sacrifices multitudinous contributions that have and will continue to enhance our quality of life.