To share your memory on the wall of Maynard Guerrette, sign in using one of the following options:

Maynard worked for 24 years for Humpty Dumpt... Read More
Maynard P. Guerrette, 80, passed away peacefully September 13, 2020, at his home in Bangor. He was born August 19, 1940, in Caribou, the son of Henry Guerrette and Emma (Cote) Guerrette Cyr.

Maynard worked for 24 years for Humpty Dumpty Potato Chips as a supervisor, a job he loved. After retirement he worked for the Collier Public School System in Florida for several years and then worked for Quirk Auto in the parts department. Maynard had a passion for cars and boats. He enjoyed going to car shows over the years and could likely be found driving his red BMW sports car along the coast of Maine. The past few years he lived with his son Timothy in Naples, FL. He was dedicated to his catholic faith and attended Mass where ever he was located.

He is survived by his loving wife of 57 years, Sandra (Pelletier) Guerrette; sons, Todd Guerrette on Newburg, Timothy Guerrette and wife Alexandra of Naples, FL; grandchildren, Karina, Alex, and Valentina; a sister, Sr. Mona Guerrette; and many friends. In addition to his parents he was predeceased by brothers, Arnold and Peter, and a sister, Theresa.

Services will be private for the family. Interment will be at Sacred Heart Cemetery, Caribou. Gifts in his memory may be made to Big Brothers Big Sisters of Sun Coast, 1016 Collier Center Way, Naples, FL 34110. Condolences to the family may be expressed at BrookingsSmith.com.
Read Less

Print
Services will be private for the family

We encourage you to share your most beloved memories of Maynard here, so that the family and other loved ones can always see it. You can upload cherished photographs, or share your favorite stories, and can even comment on those shared by others. 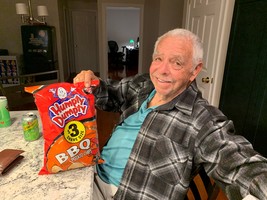