To share your memory on the wall of Joshua Lewis, sign in using one of the following options:

Joshua grew up as a traveling man living on or around college campuses and research facilities as his mother’s and father’s careers took him from California to Illinois, Ohio, Iowa, Michigan, Texas and finally Maine. Everywhere that Joshua went he was always excited to say, “I can’t wait to meet my new friends.”

He was early on diagnosed with infantile autism, developmental dyspraxia, and cognitive disability though he defied a common expression of his condition by his outgoing, enthusiastic involvement with the people around him. Joshua was always deeply concerned about the people he loved and was delighted to receive a telephone call, letter or card – or better yet, a gift card! He would ask about people we had not seen for twenty years as though he had seen them the day before. When asked why, he would say, “I was just thinking about them.” The people who were at hand would often receive unsolicited advice that he thought was important, mostly dealing with how they were dressed and whether he approved. He always refused to believe anything negative about someone. When he was small he had a friend that often pinched and hit and when told maybe that little boy wasn’t someone he should play with Joshua replied, “Mama, he has a good heart.” Joshua was always forgiving. He loved his family and was excitedly planning a trip to North Carolina all last year for the 50th Family Reunion of the Travis-Pringle Society when Covid-19 put an end to that, but he said we could just do the 50th again in 2021. Always optimistic! A real ladies man, he had a compliment at the ready and wasn’t above asking his nurses for a “wash up” to get attention.

He was a devoted fan of “Say Yes to the Dress” and “Press Your Luck,” watching them quite willingly over and over again. Joshua’s favorite film as a child was “The Color Purple” - he watched it every day after school until he wore out the video tape. He could recite the lines with the actors. As an adult he loved “Sister Act” and was watching it in the hospital two days before he died – it made him very happy.

His hospital visits began early at age 4 when he was put in an oxygen tent due to laryngotracheobronchitis. At 15 he was diagnosed with Ewings Sarcoma Extraosseous and began the battle for his life. Through the hard work of his oncologist, Dr. Sandra Luna-Fineman, and the physicians of University of California San Francisco Medical Center he was able to live a further 28 years. In his early 30s Joshua once again faced down death when he was diagnosed with an intra-axial Schwannoma brain tumor. With the help of the St. David's HealthCare neuro-oncology team of Austin, Texas he was able to continue on. Joshua worked hard to overcome his health issues and was most recently in the care of the wound clinic at St. Joseph’s hospital here in Bangor, Maine, who helped him tremendously in the care of his lymphedema and so enabling him to remain relatively pain free. Despite his many visits to a wide array of physicians and healthcare professionals he remained cheerful and upbeat.

He loved going to church and singing. When his mother did pulpit supply he was excited to go to so many different churches and always introduced his mother as “a minister who writes sermons” to anyone he met. If asked what the sermon was about he always said, “God and love.” Joshua enjoyed music, dance, dining out, travel, going to “work” and any reason to have friends gather, but his passion was art. An abstract artist and a photographer he received several awards for his work. He was affiliated with the Arc of the Capital artist workshop and studio in Austin, Texas for over a decade, producing several outstanding pieces.

Joshua was preceded in death by many family members including his father John, grandparents Pauline, Clanford, John, and Carroll, step-mother Valentina and great-aunts Mary, Allene, and Lillian - all of whom were so dear to him that he regularly asked for the prayers of the church for each. He most particularly missed his great-aunt Mary and two days before his death related that he had just seen her and she told him that it was “Okay.” We chose to believe that she was guiding him to the other shore. We are grateful for the care he received in his last days at Eastern Maine Medical Center through Nurses Kaitlyn and Chris, and the tremendous loving support of Dr. James VanKirk.

He leaves to mourn, his mother Sarah, his step-mother Jan, his step-sister Jenny Delany and family, step- brothers Eric Williams and family and Thomas Delany and family, God-brothers Rohit Roy and Dennis Everson, God-sisters Taneka Walton and family and Jackie Rubuga and family, beloved cousins Ken Oglesby and Gregory Wood, special aunt Helen and uncle Potito Saracina, a host of aunts and uncles and cousins, as well as dear friends Regina Broomfield, Robin McCoy Kemp, Linette, Stacy and Inez George, Herbert and Joyce Cohen, Lois and Clayton Parr, the Lauderdale family, Aline Gwiza and Gregory and Mark Bridges-Music. Special thanks to MERT Enterprises and AMICUS/Penobscot Valley Industries for the things they did to brighten his life over the last few years – Mary Rush, Disney World without Mom was fantastic! Joshua particularly liked to hear that his mother’s work colleagues sent him greetings – thank you Meghan, Jamie and Michaela. Thank you Taryn and Morgan for your support.

Relatives and friends are welcome to call 5 to 7pm Sunday, October 25, 2020 at Brookings-Smith, 133 Center Street, Bangor.

Joshua died surrounded by hymn songs and prayers. He most likely loved it.

We shall meet, but we shall miss him,
There will be one vacant chair;
We shall linger to caress him,
When we breathe our ev'ning pray'r.

Good Night, Mama’s little lamb. The Psalmist says. “Weeping may endure for a night, but joy comes in the morning.” I will see you in the morning.
Read Less

We encourage you to share your most beloved memories of Joshua here, so that the family and other loved ones can always see it. You can upload cherished photographs, or share your favorite stories, and can even comment on those shared by others.

Posted Oct 24, 2020 at 04:15pm
Joshua's joyous and exuberant spirit will be missed. We send our condolences and love. Wishing you comfort and peace, The Nixon Girls/Cousins

3 trees were planted in the memory of Joshua Lewis

Posted Oct 25, 2020 at 04:53pm
Sarah,
May the peace which comes from loving memories shared with your son Joshua, comfort you now and in the days ahead.
He heals the brokenhearted and binds up their wounds. - Psalm 147:3
Our Deepest Condolences,
Helen and Potito Saracina
Comment Share
Share via:
DV

Posted Oct 24, 2020 at 09:25pm
With heartfelt sympathy we hold you in prayers. May warm memories bring comfort in time. Love & Hugs

Posted Oct 24, 2020 at 12:39pm
Sarah, our hearts are broken with you. I just cried and laughed through these fabulous photos and the video and all the ways that Joshua's light went out into the world. Thank you for all these, and for the stories. We love you so much, Clayton & Lois
Comment Share
Share via: 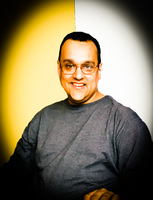 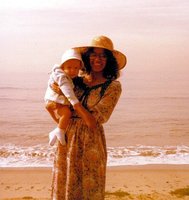