To share your memory on the wall of Patricia Clark, sign in using one of the following options:

Print
Bangor - Patricia McGarry Clark, 65, passed away and was welcomed into the Heavenly Kingdom on Wednesday, November 4, 2020. She was born on March 11, 1955, in New Brunswick, New Jersey, the daughter of Frank and Anita McGarry.

Tricia gr... Read More
Bangor - Patricia McGarry Clark, 65, passed away and was welcomed into the Heavenly Kingdom on Wednesday, November 4, 2020. She was born on March 11, 1955, in New Brunswick, New Jersey, the daughter of Frank and Anita McGarry.

Tricia grew up in New Jersey, Delaware and Willimantic, CT, moving to Bangor during her junior year in high school. Tricia was a 1973 graduate of Bangor High School. She was also a 1977 graduate of the University of Maine in Orono in Music Education with the organ as her major instrument. She was a music educator in the Bangor and Sanford School systems for several years. She served for more than 50 years at various churches as organist and music director to include in the 1970s at St. John’s Catholic Church in Bangor and, at the time of her passing, at the Hampden Highlands United Methodist Church in Hampden, Maine. She earned her Master’s in Music from the University of Maine. In addition to her family, her passion was serving the Lord by making beautiful music.

She married Robert A. Clark in the summer of 1982, having been each other’s beloved for the past 38 years. Surviving in addition to her husband, Bob, are their two daughters, Sarah Clark Branam, a high school math teacher at Camp Humphreys, U.S. Army in South Korea, and her husband, Clarence (Clay) and their three adorable children, Oliver, Logan and Quinn, and Elizabeth Clark Wilcox, of Auburn, and her husband, Justin. She is also survived by her siblings, Paul McGarry, of Ithaca, New York, Nancy McGarry, of Fort Pierce, Florida, Louise McGarry, of Winterport, and Kenneth McGarry and his wife, Linda, of Lawrenceville, Georgia. In addition, she is survived by beloved members of her Clark family, Charles and Sue Clark, of South China, Maine, Dennis and Judy (Clark) Fortin, of Manchester, Maine, Michael and Lynne (Clark) Estes, of Hermon, Maine, and Paul Clark and his partner, Kathy Wallace, of Albion, Maine; a number of nieces, nephews, aunts, uncles and cousins.

She was predeceased by her parents, Frank and Anita McGarry, of Bangor. She loved life and her family was the world to her and she to them.

During her life’s adventures, she and her family enjoyed living and serving in Shelburne, Vermont, West Lafayette, Indianapolis and Evansville, Indiana, and Tampa, Florida. The family also spent time in Oslo, Norway, where Bob was a Fulbright Fellow. They relocated to Bangor in 2010. She was the family anchor as she supported her husband as he assumed his role as President of Husson University. She was the glue for the family and engaged in much support for students at Husson, both through her support for the University’s athletic teams and through her role in the Women’s Philanthropy Group among other behind the scene works as an unassuming advocate and support.

Due to COVID-19 sensitivities, a private memorial service will be held for family on Tuesday, November 10, 2020. A live stream of the service will begin at 11:00 am for those wishing to attend the service remotely and may do so by visiting BrookingsSmith.com. Those wishing to make gifts in Patricia’s memory may support the Clark/Waltz Family Endowed Scholarship at Husson University, One College Circle, Bangor, Maine 04401, or the Hampden Highlands United Methodist Church Music Endowment at 44 Kennebec Road, Hampden, Maine, 04444. Condolences to the family may be expressed at BrookingsSmith.com.

Words of remembrance and condolences may also be expressed at https://www.facebook.com/hhumcme
Read Less

We encourage you to share your most beloved memories of Patricia here, so that the family and other loved ones can always see it. You can upload cherished photographs, or share your favorite stories, and can even comment on those shared by others.

Posted Nov 10, 2020 at 10:33am
Dear Bob, the memory of your very special Tricia lives on for all of us at John Bapst Memorial High School. We are thinking of you and your family, wishing you peace in the memories that will always be with you.
- Mel MacKay
Comment Share
Share via:
ED

Posted Nov 09, 2020 at 09:53pm
Trish, cherished friend, college classmate, fellow UMaine music major and genuine and deep musician. Sending all my love to you and your family. All of us from the UMaine Class of '77 Music Major family are remembering many wonderful times with Trish from our days in Orono. After UMaine, it was so special to see her dear parents at so many of our concerts, keeping us updated with Trish and her journeys. It has been so wonderful to have Trish back in Maine so we could play together again. I will dearly miss her and our making beautiful music together. May she dance the Dance of the Blessed Spirits. Much love, Liz Downing and Dennis Cox.
Comment Share
Share via:
DC

Posted Nov 09, 2020 at 07:48pm
I share your sorrow with the death of your dear Wife,Mother,Grammie, Sisters , Sisters and Brothers in Law and her many friends. I had the wonderful pleasure of meeting this wonderful jewel of a person. Kindness, compassion and a willingness to listen were the HALLMARKS of a life well lived. God has taken her in his arms to add another jewel in His crown. I loved the jewel and will carry her memory in my heart forever. I am so sad for her husband and Family. MAY God project you all.
Comment Share
Share via:
DH

Posted Nov 08, 2020 at 08:45am
Sherry and I pass along our very deepest sympathy and prayers to your family. Tricia was a very special person who was kind, considerate and caring. It was an honor to have had the opportunity to know her. Good bless the Clark family.
Comment Share
Share via: 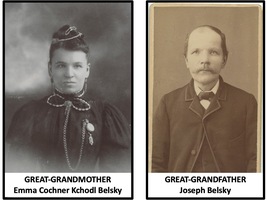 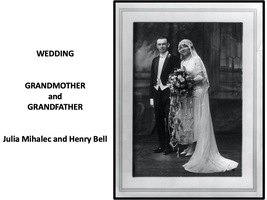 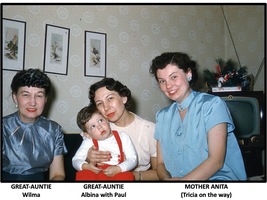