To share your memory on the wall of Mary Harrison, sign in using one of the following options:

We encourage you to share your most beloved memories of Mary here, so that the family and other loved ones can always see it. You can upload cherished photographs, or share your favorite stories, and can even comment on those shared by others.

Posted Dec 02, 2020 at 06:42pm
I read about Mary and your family in the BDN and could feel the pain of the situation. I am so sorry for your loss of a beautiful mother and wife and so much more. My prayers are especially with your children and you, their father and Mary's husband. I am so sorry.
Comment Share
Share via:
TF

Posted Nov 30, 2020 at 05:03pm
I'll share this again here, and add one more story at the bottom: I don't know how to express the depth of my sorrow for you and the family. I don't claim to know Mary as well as I would have liked, but she was one of the people who helped me heal from trauma. I met her and her dad during our WoW days. You even tanked for us a few times while she healed (no easy task for you both given how hopeless the rest of us were). Even after Mary stopped playing regularly, she would visit us in vent, and I have fond memories of talking with a group while she and I simultaneously had a/n (in-game) text-based conversation going. I was a veritable stranger to her at the start, but she initiated conversations, honored secrets, and offered support. I imagine that there a number of people like me out there: people who never met Mary IRL but who Mary impacted nonetheless. One of Mary's other friends said, via social media, that a world without Mary is a dark place. That could not be more true. My condolences to you, Josh, and to the family (blood-related and otherwise).

An additional story: this is one her father used to tell often (and so the fact that I'm fuzzy on some of the details is ridiculous). One day they were at a game store where some older boys were talking about Risk. I don't know how everyone came to converse, but the boys - considerably older than Mary - were dismissive but did condescend to play a game with her. As you might expect, she trounced them soundly. As her dad told it, they were speechless after the game, unable to understand how they had lost to "a little girl." Based on the number of retellings, this strikes me as one of his favorite memories of Mary, and I thought I'd share it here since it seems to fit with the theme of tenaciousness and speaks to her early love of gaming.
Comment Share
Share via:
K

Posted Nov 27, 2020 at 05:44pm
Tenacious for sure! Mary and I have been friends for a couple years, but in the last year we became really close. We spoke about 4 times a week, usually on my way to work. She helped me learn to crochet and encouraged me in so many avenues. She was a true friend and I'll foreved be changed by having known her. I cannot imagine how her loss effects Josh, Pierre, Ty and Mal, or anyone else close to her. You have my deepest sympathies. We carry her with us. Forever part, until we meet again my friend 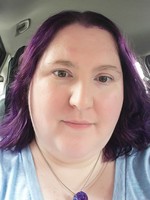 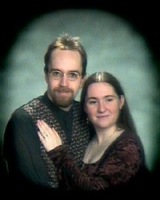 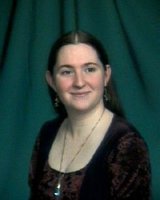 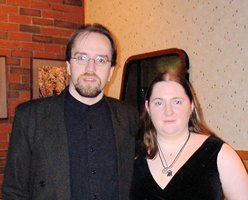