To share your memory on the wall of Lorene Burman, sign in using one of the following options:

Print
Lorene Burman, 92, passed away peacefully at home on November 25, 2020. She was born on March 20, 1928 in Portland, Oregon, the daughter of Wilhelm “Bill” and Berniece (Chase) Schmidt.

Lorene attended Reed College in Portland Oregon... Read More
Lorene Burman, 92, passed away peacefully at home on November 25, 2020. She was born on March 20, 1928 in Portland, Oregon, the daughter of Wilhelm “Bill” and Berniece (Chase) Schmidt.

Lorene attended Reed College in Portland Oregon, earning her Bachelor of Arts degree on June 18, 1952. Following graduation, she was employed as a Crafts Director by the U.S. Army, running craft shops for Army troops on bases in France, Germany, and Japan. During and between her work assignments, she travelled extensively throughout Europe studying and photographing art and architecture. She was very proud to have obtained permission to travel behind the “iron curtain” during these travels. Lorene also attended art school in London England for a time.

It was during her employment with the U.S. Army that she met and married her husband of 33 years, Lt. Col. Charles H. Burman. Together they travelled the world, finally settling in Coopers Mills, Maine to raise their son. In Coopers Mills, Lorene worked as a bookbinder, calligrapher and artist. In 2001, Lorene moved to Orrington, Maine where she spent nearly 20 years living near her family. During this time, she continued to travel, including to Egypt and Uzbekistan. When we think of Lorene, we hope she is now free to travel Europe in her VW Karmann Ghia with the top down and the wind blowing in her hair.

Lorene is survived by her son, William Burman, his wife, Aleita, and their son, C. Henry; as well as several cousins, nieces and nephews, including a very special niece Dana Randol and nephew Bruce Benson. In addition to her parents, Lorene was predeceased by her husband, Lt. Col. Charles H. Burman, and her sister, Virginia Benson.

Interment will be at the Maine Veterans Cemetery in Augusta on December 02, 2020, with a small, private graveside service. Condolences to the family may be expressed at BrookingsSmith.com, or sent to William Burman at P.O. Box 145, Orrington, ME 04474.
Read Less

We encourage you to share your most beloved memories of Lorene here, so that the family and other loved ones can always see it. You can upload cherished photographs, or share your favorite stories, and can even comment on those shared by others.

Posted Dec 02, 2020 at 11:57am
Sending condolences to you from a Schmidt family relative. My mother was a first cousin to Lorene who lived most of her life in Iowa. I remember family visits with Lorene and Virginia. I now live in Mesa, AZ and was sad to read of Lorene's passing. Please know that we are thinking of you especially today as you attend her services.
Comment Share
Share via:
AB

Thank you Shirley, we appreciate your thoughts. Bill and Lee Burman
S

Posted Dec 02, 2020 at 11:07am
Our sympathies are with you all and though we will not there physically today, we will be in spirit and with love.
Lorene is a fine example of a life well lived - - a special woman who was fun and interesting to be around. She will be missed. We love you Burmans.
Sheri & Jonathan
Comment Share
Share via:
AB

Thank you Jon and Sheri. Love you too. Bill and Lee
CA

Posted Dec 02, 2020 at 10:55am
Sent with love and remembrance. So thankful we had the opportunity to meet such a beautiful lady.

Thank you Cathy and Stella, we appreciate your condolences and the memorial tree. Love you, Bill and Lee
KF

Posted Dec 02, 2020 at 07:59am
Our warmest condolences and with fond memories of Lorene, who will forever be remembered as brilliant, strong, funny and adventurous!

Thank you for your message and memorial tree. Bill and Lee
MK 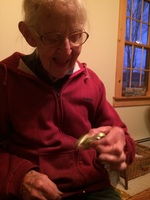 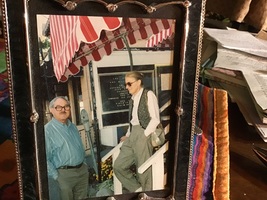