To share your memory on the wall of Robert Gillahan, sign in using one of the following options:

Following graduation, Robert served in the United States Air Force. He worked for the Telephone Companies in Bangor as an I&R technician for thirty years. He was Past Master of Mystic Lodge #65 A.F. & A.M. in Hampden, and served as District Deputy Grand Master and other Grand Lodge offices.

Robert enjoyed hunting and fishing which made him grateful to be stationed in Charleston during his service. He loved his family. Traveling to them and spending time with them brought Robert the greatest joy.

He is predeceased by his second wife, Carolyn A. (Hart) Gillahan; a daughter, Cheryl Lynn; a son, Jon E.; and his third wife, Jane G. T. (Mudgett) Gillahan.

Robert is survived by his son, Robert M.; two brothers, Danny and Jim, and one sister, Margaret Goodman; four step-siblings, Bill, Keith, Rosalie, and Beverly; three step-children; Bernadine, Anette, and Arlene, and many grandchildren and great grandchildren. He loved and cherished them all.

A memorial service will be held in the spring at a date and time to be announced.

If Uncle Bob and Uncle Charlie were together, there would always be laughter. Uncle Bob was a warm and caring man. One of the reasons I loved visiting relatives in Maine was your mom and dad, Mark. I am sure this has been a very difficult 6 months for you. I wish for better days ahead. Sheila Rodgers
MM

Posted Dec 06, 2020 at 02:59pm
To Bobs family, we are very sorry to hear of your loss. Many years ago, while our children were quite young, through our involvement in church, camping, etc., we met Bob and Carolyn Ann. We had some fun times together and shall cherish those memories. Our thoughts and prayers are with you. ...Mike and Donna MacDonald
Comment Share
Share via: 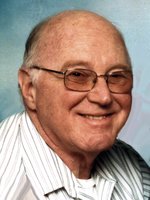 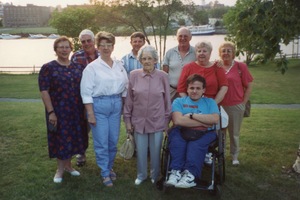 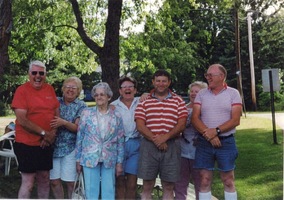