To share your memory on the wall of Gareth Blackwell, sign in using one of the following options:

Gareth Wayne Blackwell, Sr., 84, died on November 27, 2020, at his home in Corinth, Maine after an 18 month battle with Acute Myeloid Leukemia, surrounded by his loving family. He was born on the family farm in West Corinth on October 10, 1936, to the late Forest L. and Eleanor (Hanson) Blackwell. November 27th was the 63rd anniversary of the marriage to his devoted wife, Beverly (Craig) Blackwell.

Gareth graduated from Higgins Classical Institute in 1955. He furthered his education at the University of Maine in Machias. He was a licensed agent for over 60 years and founded Blackwell Insurance Agency in Corinth where he and his wife made their home. Gareth and Beverly had 5 children. He was a member of the Maine Air National Guard. He was active in his community including the United Baptist Church, serving as a deacon. More recently he attended Cornerstone Baptist Church in Exeter, Maine. He was fire chief for the Volunteer Fire Department of Corinth for several years, chairman of the School Board of Directors and served his town in countless other roles.

Gareth was loved and respected by all and a loyal friend to many. He enjoyed traveling around the US and Canada in their RV, summers at camp, complete with boating, waterskiing, fishing and horseshoes. He was an avid golfer and aced 2 holes-in-one during his career. You would be hard pressed to find a bigger New England sports fan than Gareth. Annual trips to a Patriots game was a family favorite, “HEY, HEY, HEY!” He followed his favorite teams, no matter the season. Every summer, he took pride in his bountiful vegetable garden, especially his incredible corn and was famous for his beautiful gladiolus. Many springs brought tree tapping and maple syrup making. He was an incredibly skilled woodcraftsman. If he wasn’t in his office at Blackwell Insurance Agency, you would find him in his home woodworking shop. Handmade wooden crafts and toys are cherished by his family and friends. He assisted all of his children and many grandchildren with numerous home projects and could fix anything. Gareth and Beverly enjoyed many years at their winter home in Naples, FL, where they made many cherished friends. With his siblings living near-by, they all enjoyed frequent Skip-Bo games. He was a master of any type of puzzle. He ran his community shuffleboard and bocce ball programs and hosted his children and grandchildren’s many visits.

In addition to his parents, Gareth was predeceased by his beloved grandson Troy JJ Pappas and brother-in-law Larry DeLois. Surviving besides his wife, Beverly, are his 5 children Sherry (Scott) Roberts of Bradford, Gary (Lanette) Blackwell of Corinth, Judy (Barry) Brown of Exeter, Mary (John) Pappas of Portsmouth, NH and Katie B Miles of Hancock. He is also survived by his brother Delwin (Joan) of Corinth and his sister Christine DeLois of Loveland, OH, sister-in-law Gloria Ellis of Tyler, TX, 13 grandchildren, 12 great-grandchildren, Carrie (Kevin) Worster and their children Connor and Reagan Troy, Annemarie Roberts, Sara Brown, Lindsey (Jared) Duck and daughters Lyndrey and Leighton, Buster (Becca) Brown and daughter Eliza, Emily (Tarik) Alherimi and sons, Uriah and Indiana Wayne, Seth (Breanna) Brown and son, Landon, Rayna Pappas, Paige (Kyle) Martin and daughters, Brynn and Cecily, Craig (Ariel) Blackwell and son Atlas Troy (Theo Gareth is due in March), Monica (Alex) Stevens and son, Lex, Jackie Miles and Andrew Miles. He had multiple nieces and nephews as well. He was the perfect family man that adored his family and they all loved him so much.

Anyone wanting to send a donation in Gareth’s memory may send a contribution to www.troyjjpappasmemorial.com or a check payable to “Pappas Family Trust” to 29 Maplewood Ave Suite C, Portsmouth, NH 03801 or a check payable to “Cornerstone Baptist Church” to Cornerstone Baptist Church PO Box 131 Exeter, Maine 04435.
Condolences to the family may be expressed at BrookingsSmith.com.
Read Less

Print
Services will be held at a later date when it is safe to gather.

We encourage you to share your most beloved memories of Gareth here, so that the family and other loved ones can always see it. You can upload cherished photographs, or share your favorite stories, and can even comment on those shared by others. 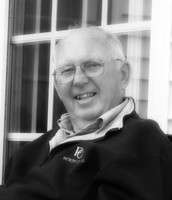