To share your memory on the wall of Gordon Kulberg, sign in using one of the following options:

Gordon’s career in Psychology began in 1966 at the University of Maine in Orono, where he worked as an Assistant Professor until 1968, upon becoming an Associate Professor, retiring from the Department of Psychology in 1992. Immediately following his retirement, Gordon served as Interim Dean of the College of Social and Behavioral Sciences from 1992 to 1995. He was Chair of the Department of Communication Disorders from 1993 to 1994 & 1995-1997, and Dean from 1995-1997. Gordon rounded out his professional career as Interim Dean of the College of Liberal Arts and Sciences from 2002 to 2003. Besides his career in academia, Gordon served as a psychologist in a private practice in Bangor in the 1970s.

In addition to serving on and chairing many boards benefitting not only the University of Maine, but the Bangor-area community, Gordon was a member of the St. Paul the Apostle Parish. He was a substitute organist at St. John’s Catholic Church from 1986 to 1996 and a member of the Organ Society. He was a member of the All Saints Catholic School Board from 1999 to 2002, and served as Vice Chairman from 2000-2002.

Gordon is also survived by his brother, Kenneth Kulberg and wife, Karen of Belfast, ME, and sisters-in-law, Wendy Kulberg of Boca Raton, FL and Barbara Coolong and husband, Chester of San Diego, CA. He was predeceased by his parents, brothers Clarence, Marshall, and Ralph, and sister Ann Carlson, as well as grandson, Marcus McCarthy.

The family would like to thank Gordon’s special caregivers, Maggie Reddy and Gwen Reddy. Also, many thanks to Loving Touch in Home Care, most especially Judy, as well as the caregivers from St Joseph’s Hospice, who treated both Gordon and his family with profound kindness.

A private service for the family will be held 11:00 a.m. Saturday, January 16, 2021. Those wishing to live stream the service may do so at stpaulbangor.me. Those who wish to remember Gordon in a special way may make gifts in his memory to the Alzheimer’s Association, 383 US Route One, Suite 2C, Scarborough, Maine 04074
Read Less

We encourage you to share your most beloved memories of Gordon here, so that the family and other loved ones can always see it. You can upload cherished photographs, or share your favorite stories, and can even comment on those shared by others.

Posted Jan 12, 2021 at 10:09am
Dear Carol I was saddened to read of Gordon’s death .Thinking of you and I am so sorry for your profound loss. Sending love and prayers to you and family. Gordon will be dearly missed . I will be keeping you in my prayers
Comment Share
Share via:
MP

Posted Jan 11, 2021 at 11:23am
Dear Carol, John joins me in offering our condolences to you and the family on Gordon's death. I so enjoyed working with him at UMaine and was always in awe a of his many talents. His memory is truly a blessing. Marisue Pickering
Comment Share
Share via:
MB

Posted Jan 10, 2021 at 01:12pm
To Carol and the entire family: It was with much sadness that I read of the passing of Gordon. He truly was an immense asset to the University of Maine in so many ways. Having been a member of the Department of Communications Sciences and Disorders for many years, I knew how Gordon's guidance when both Interim Dean of the College and Interim Chair of the Department what an impact he had. He was so well respected and his calming demeanor was so important. May you know that many have you in their thoughts at this difficult time.
Comment Share
Share via:

Posted Jan 10, 2021 at 09:12am
Gordon was well-liked and well-respected in the Psychology Department. He will be missed. Condolences to Carol and other family members. I have sent a donation to the Alzheimer’s Association in memory of Gordon.
— Bill Farthing

Posted Jan 09, 2021 at 06:00pm
So sorry to see this news in the paper today. My heart goes out to his family in this time of sorrow; I know he will be missed. He was such a gentleman at all times and very kind. it was always a pleasure to see him, and he did the University proud in the whatever way he was asked to serve. It was nice to have known him.
Cathy Bradbury
Comment Share
Share via: 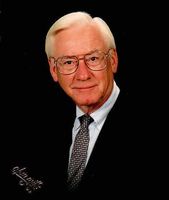