To share your memory on the wall of Lloyd Day, sign in using one of the following options:

Print
Lloyd Day, 75, died on Wednesday, January 6, 2021 at a Bangor hospital after a brief non-Covid illness. He died peacefully and comfortably, with a smile, and with his wife, Peggy and is nephew Layton by his side.

Lloyd was the son of Guy... Read More
Lloyd Day, 75, died on Wednesday, January 6, 2021 at a Bangor hospital after a brief non-Covid illness. He died peacefully and comfortably, with a smile, and with his wife, Peggy and is nephew Layton by his side.

Lloyd was the son of Guy and Faye (Currier) Day of New Sharon. He was born in New Sharon on December 24, 1945 and just celebrated his 75th birthday. Raised in New Sharon, he graduated from New Sharon High School in 1964. He worked at Farmington Shoe for several years until returning back to school to obtain his Associates Degree in Distributive Education from EMVTI. It was there that he met his wife Margaret “Peggy” (Gorrill) Day and they married in June of 1973. Lloyd worked for New England Pipe and Supply until it closed. He then returned to school to earn his Bachelor’s degree in Agricultural Economics, of which he was very proud, at the University of Maine in Orono. Lloyd worked for many years at Bangor Pipe and Supply until his retirement. He then found his passion in woodworking and turned many a pen for family and friends. This hobby turned into a very small business for Lloyd and he sold pens and cutting boards at many craft fairs around the region. He had just become a member of the United Maine Craftsmen, another thing of which he was very proud.

Lloyd was a Master Mason and a member of the Star in the East Lodge #60 A.F. & A.M of Old Town. He was very proud to have received his 50 year pin last year. He was also a noble of the Bangor Temple of the Anah Shrine and enjoyed being a member of the Photo-video Unit. He was a member of the AA community. He enjoyed photography and has photographed weddings, family events and the Anah Circus as well as some diocesan events. Lloyd was also an Episcopalian and active in the parishes in Old Town and Brewer. He served in the Diocese as a member of Diocesan Council and delegate to diocesan convention.

Lloyd was predeceased by his parents: Guy and Faye Day, his brother Roland and wife Marie Day, and his niece, Ellen Marie Steele. In addition to his wife, Peggy, of Old Town, he is survived by his nephew Layton and his wife Lorri Day of Glenburn, his niece Laurie Gehrke and her husband Bruce of Veazie, niece Kim Day of Annapolis, MD., brother-in –law Thomas Gorrill and his wife Barbara, of Port Clyde Maine, brother-in-law George Gorrill and his wife Ann of Albany, N.Y.and sister-in law Elizabeth ”Betty” Gorrill of Waterford, Maine, several nieces and nephews as well as several grand nieces and nephews.

A Masonic Graveside Service will be announced in the late spring or early summer. Donations in his name may be made to the Anah Shrine, 1404 Broadway, Bangor, Maine 04401; or to St. Patrick’s Episcopal Church, 21 Holyoke Street, Brewer, ME 04412. Condolences to the family may be expressed at BrookingsSmith.com.
Read Less

We encourage you to share your most beloved memories of Lloyd here, so that the family and other loved ones can always see it. You can upload cherished photographs, or share your favorite stories, and can even comment on those shared by others.

Posted Jan 11, 2021 at 06:59pm
Lloyd was always ready to help me when I was just starting out in the plumbing business. He knew every product that I might need for a project. He always had my "back". I surely do miss him at Bangor Pipe. He was a true Masonic Brother and friend...Floyd Marsh

Posted Jan 08, 2021 at 07:49pm
I want to extend my sincerest condolences to Lloyd's family. Lloyd and I met a few years ago through our mutual quest for information on the Day family of New Sharon. Lloyd's woodworking projects, his pens and rings, were beautiful and a tribute to his father and grandfathers before him. His love and respect for Peg was evident whenever we communicated. He was a good man and will be missed. 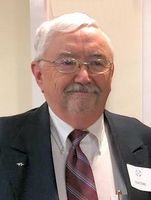