To share your memory on the wall of Maria B. Thomas, sign in using one of the following options:

Provide comfort for the family by sending flowers or planting a tree in memory of Maria B. Thomas

Provide comfort for the family by sending flowers or planting a tree in memory of Maria B. Thomas

Upon graduation from ... Read More
HERMON – Maria “Zen” Thomas, 67, died after a long illness on February 11, 2021, at a Bangor hospital. She was born August 26, 1953, in Manila, Philippines, the daughter of Teodolfo and Teodora (Dytuco) Banes.

Upon graduation from college with an undergraduate degree in Mathematics and a Master’s Degree in Business Administration, Zen moved to Los Angeles, California, in 1983. There, she worked evenings as a computer operator and mastered their risk management software. Marriott purchased the software and moved Zen to their headquarters in Bethesda, Maryland, where she worked as manager of Software Risk Management. She met James Thomas in October, 1990 and they were married in October, 1991. From 1991 to 2005, Zen worked for four companies, managing many software projects, earning the respect and admiration of everyone. In 2005, she was hired by Eastern Maine Medical Center as a Software Project Manager to complete and implement the Computer Provider Order System Project that earned her a national award. After working for EMMC for ten years, she took early retirement due to an impending illness.

A Mass of Christian Burial will be celebrated at 11:00am, Friday, February 26, at Saint Paul the Apostle Parish, Saint Mary’s Church, 768 Ohio St., Bangor, ME 04401. Those wishing to attend the service remotely, may do so at stpaulbangor.me. If you do wish to attend instead, please be mindful of others by practicing social distancing, and wear a face covering.
Read Less

We encourage you to share your most beloved memories of Maria here, so that the family and other loved ones can always see it. You can upload cherished photographs, or share your favorite stories, and can even comment on those shared by others.

Plant a Tree in Memory of Maria
Plant a tree
4 trees have been planted in memory of Maria Zenaida B. Thomas
J

Posted Feb 28, 2021 at 01:37pm
Sweetheart: Thank you for your love, for being such a beautiful person, for giving me the privilege of being by your side, for taking care of you.

Posted Feb 28, 2021 at 01:27pm
I want to thank everyone for your thoughts and memories of Zen, or Zenith. Here’s a briefer version of what I said in my eulogy to her on Friday:

It’s very hard to loose your best friend and lover with whom you’ve built a life and shared many wonderful experiences. The beautiful honeymoon we shared driving down the California coast from San Francisco to San Diego and back to L. A. The two week trip we took to explore Oregon. The month long trip we took to see the Pacific Northwest and it’s National Parks. And all the memorable trips around Maine, Vermont and Eastern Canada.

There are wonderful people I have come to know that I would have never met if it weren’t for Zen. People I now call friends. She gifted them to me.

Zen was a wonderful person. I always knew she was but, it’s been validated by the wonderful thoughts and memories shared with me by email, the on-line obituary, and in person. She was kind, thoughtful, generous, accepting, driven, and determined. She accepted and embraced everyone as they were, as an equal. With Zen, there was never anyone better than her and there was never anyone less than her. There was always room in her heart for everyone.

She has given me many gifts but the one I cherish the most is that all that Zen did or accomplished and all that she ment to others, this special, this beautiful person chose to spend her life with me. That was HUGE! The best gift of all.

In her last moments with me, she breathed her soul onto me. Her final act of love. Sweetheart, thank you for gracing my life, for gracing all our lives. I will cherish you in my heart forever. And I know where ever I am and whatever I do, you will always be there with me. I love you!
Comment Share
Share via:
XH

I am so saddened to hear of Zen's passing. Having worked with her since 1999 at Marriott, I have come to appreciate all Zen could do. She was not only intelligent and resourceful, she always looked for solutions to problems and worked harder than anyone I know of. She was so effective in her job. She was also a kind, warm, person that I trusted implicitly.

Thank you Xenia for wonderful words about Zen. She was all those things and so much more. I am proud to be her husband. It’s hard to be without her. Thank you for leading us to Maine. Keep in touch once in a while: 207-848-4993, byronie2002@yahoo.com.
JB

I’ll never forget at age 3 when I was staying with you in Maryland I was blocking the door to keep you from leaving from work. I found myself 30 years later doing almost the same thing asking God for a miracle to keep you around a little longer. Unfortunately for me I lost both times. God had His own plan for you and I trust in Him. I’ll never forget how excited I was at age 6 to see you get married to Jim. I admired you so much because of how passionate you were about your career. Most of all, I was extremely blessed that you made an effort to talk with me during your last few years. Just know that I love and I miss you very much. Please watch over us and know that I’ll see you there. Go with God. 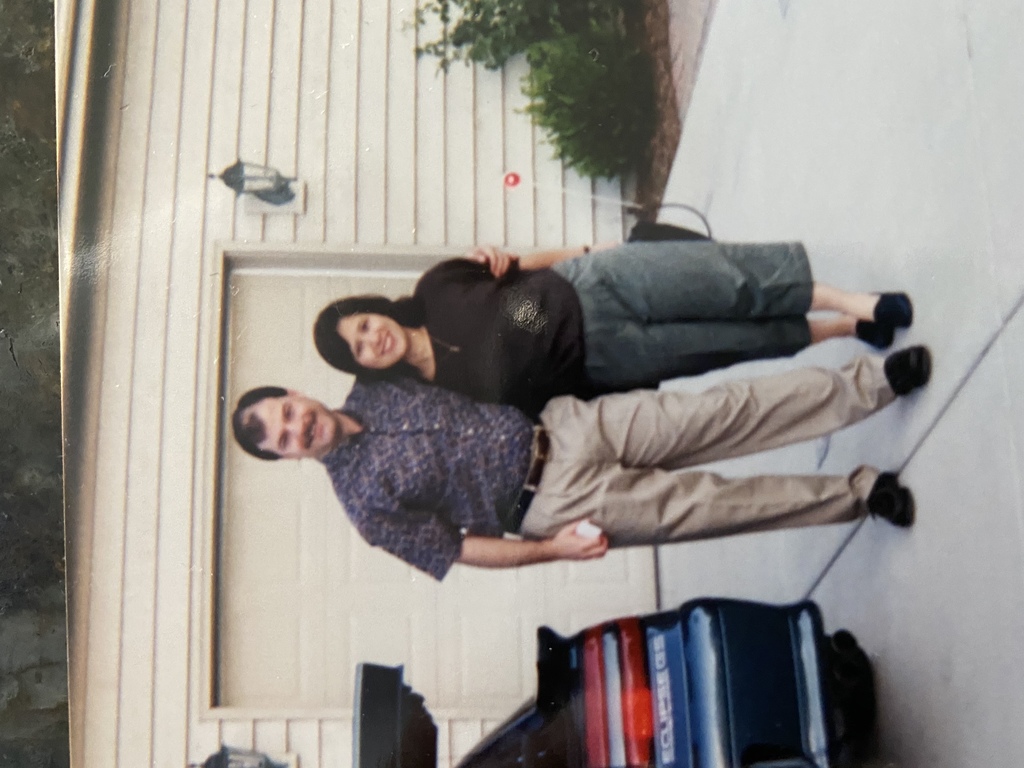 Posted Feb 24, 2021 at 12:27pm
Our deepest and sincere condolences to Uncle Jim
and family. May Ninang Zen Rest In Peace. As my Godmother, I always looked up to Ninang Zen in what a hardworking woman she was. We shared a love for dogs and she had a sweetness about her that was always so comforting. She had the same charm I remember of my dear Uncle Ping and it brings me peace and comfort knowing they are together again. Sending all our love and prayers. The Tolentino, Fields, Banes and Medina family. (Amanda Medina) 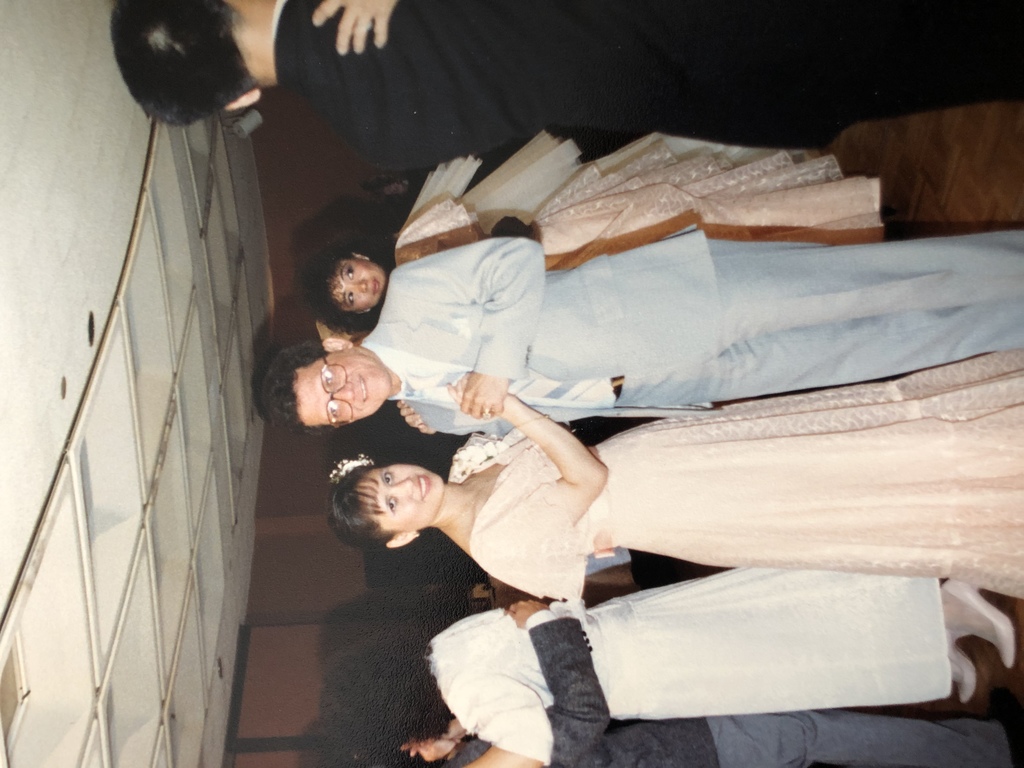 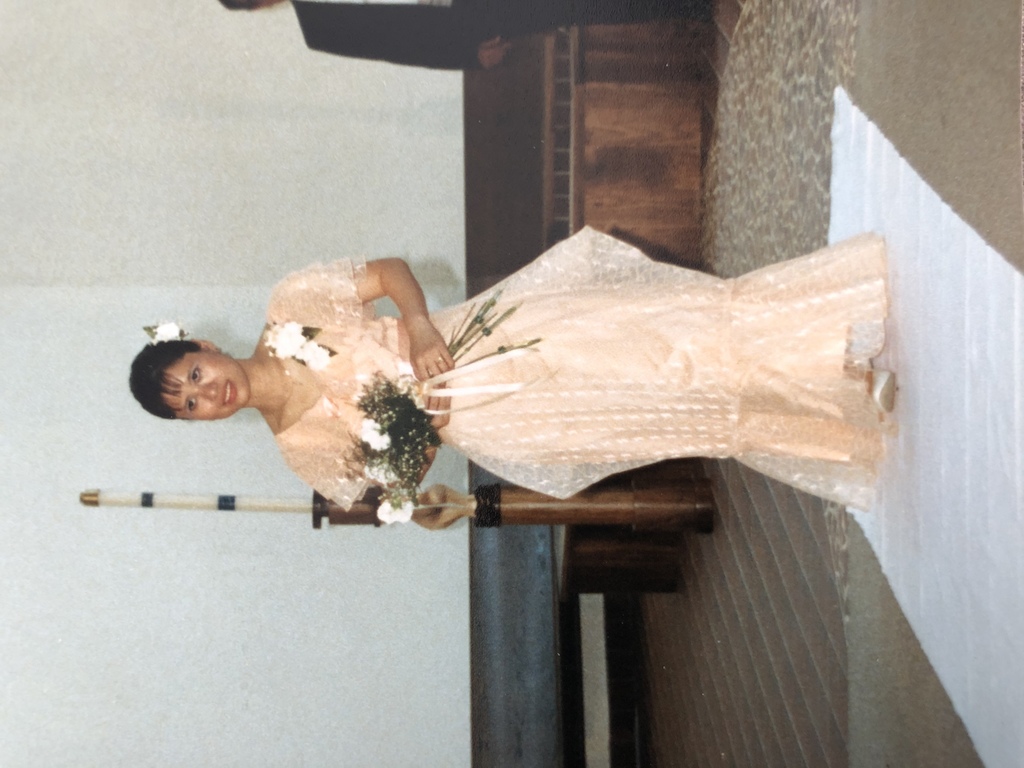 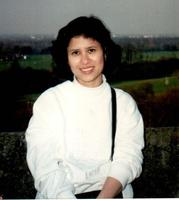 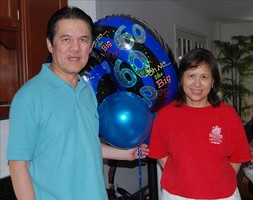