To share your memory on the wall of Thomas Creeley, sign in using one of the following options:

Tom married Regina Burke in 1973. Tom graduated high school from the Lenox School for Boys, during which time his name was Thomas Ebitz. Later he changed it back to Creeley. Tom graduated from UMass Amherst in 1974 and earned his MA in Special Education from UMaine Orono. He was employed by The Metropolitan State Hospital and The Fernald School in Massachusetts. He later taught at Central High School in Corinth, Maine, for 26 years, with a great deal of dedication and affection toward his students.

Tom is predeceased by his mother, Ann Kucera; his father, Robert Creeley; and his brother, David Ebitz.

Tom pursued many interests in his life, including blacksmithing, riding and driving horses, birding, fencing, Tae Kwon Do with his sons, listening to music, and sea kayaking. Tom was a great reader of classic literature, particularly 19th-century European authors. Tom avidly followed politics, deeply cynical toward corporate mainstream media and neoliberal and neoconservative agendas alike, and belonged to and moderated several online groups. His remains will be interred by the resting place of his beloved horse, Tiger, and pony, Apache, near the house and barn he built and the gardens he tended,

His family will conduct an on-line memorial service for Tom on Saturday, February 27. Please contact a family member if you would like more information. Tom’s family plan to bury his cremated remains during an informal summer memorial service. Condolences to the family may be expressed at Brookings-Smith.com
Read Less

We encourage you to share your most beloved memories of Thomas here, so that the family and other loved ones can always see it. You can upload cherished photographs, or share your favorite stories, and can even comment on those shared by others.

Posted Feb 26, 2021 at 10:06pm
I am one of Mr. Creeleys former students, I just want to take a moment to share the huge impact that he made on my life. I was a mainstreamed special ed student at central high school who was struggling to get through school, my mom had cancer most of my high school career and homelife was far from great. The school administration wasn't overly enthusiastic to help me because I wasn't a behavioral problem and I had poor attendance. They all sort of looked at me like I was lazy or just needed to apply myself, but in my sophomore year they reluctantly gave me a special ed designation and 1 study hall a day in Mr. Creeleys room to get help with my work. No kid wants to be the one going to special ed for help, because thats how teenagers are, but in Mr. Creeleys room was the first time I ever felt understood or helped by a teacher. He listened and he cared about how I needed to be taught in order to learn. He never made me feel like I couldn't do something, if I struggled he took the time to show me how to do it. He pushed for my mom and I to get the help that was needed in IEP meetings when the administration tried to set me up to fail. On the good days he would teach me and on the bad days he would just talk to me. Because of Mr. Creeley and all the help and time he invested into educating me the way I needed, I graduated on time with my class in 2012, something I was told by a guidance counselor was not possible. I could not have done it without his help. He was the first adult outside of my family to ever believe in me and to tell me I should go to college. I am about to graduate college this spring and I want his family to know that without him, that wouldn't be happening. I wish I could thank him because without him I couldn't have done it. He was a one of a kind man and educator. Thank you for sharing him with his many students. We needed his help more than we thought we did.
Comment Share
Share via:
JW

Posted Feb 22, 2021 at 10:06am
Regina and Family,
I was very sad to hear of Tom's death. He was one of the most dedicated and caring teachers I've ever worked with. He had many of my students in his class and it was easy to tell that he always had their best interest in mind. I fondly remember many conversations we had before and after school about politics and many other subjects.
Comment Share
Share via:
LR

Posted Feb 21, 2021 at 08:10am
Regina and family,
I am so sorry to read of the passing of Tom. I know you have many fond memories of your life together and I hope in time you will not feel the pain I am sure you feel today. I just wanted you to know I am thinking of you .
Sincerely,
Loretta Robichaud
Comment Share
Share via: 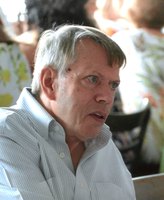 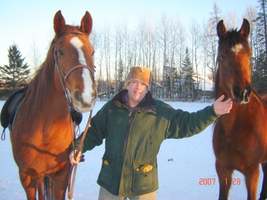 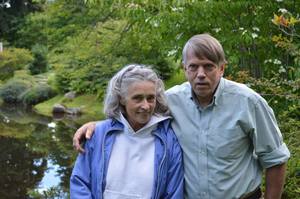