To share your memory on the wall of Judith Bragdon, sign in using one of the following options:

Judith Ann Davis Bragdon, 73, passed away, going home to her Savior on Wednesday, March 31, 2021, due to complications from acute myeloid leukemia (AML) and surrounded by her family. She was born October 4, 1947, in Skowhegan, Maine, the daughter of Vernon Stanley, Sr., and Marcia Jane (Estes) Davis. Judy graduated from Goodwill-Hinkley High School, Class of 1965, then attended two years at University of Maine (Orono) where she met her future husband, Randon Bragdon (Randy). She completed two more years at North Adams State Teachers College and Lowell Teaching College. Randy and Judy were married for 53 wonderful years, had eight children, and have 15 grandchildren and three great-grandchildren. They lived in Bangor, Maine, for 49 years. They built, owned, and operated their dental office with Judy as Office Manager, from 1978 until 2016, when they both retired. In retirement, they continued to make improvements to their home and prioritized time and trips with family.

Judy was a beautiful woman inside and out who created a remarkable and beautiful life for her family. She realized at an early age that the most valuable treasures we have on Earth are relationships. Her greatest treasures included her Lord and Savior, her devoted husband, her family, extended family, and dear friends. She cherished, nurtured, encouraged, and lifted up all of her family with a deep and abiding love that filled every corner of our lives. She recognized the importance of the home as a sanctuary and created a home that was lovely because it was filled with love, laughter, good food, forgiveness, and encouragement.

She was very talented and intelligent and a wonderful helpmate to Randy as they worked side by side in their dental office and on many other projects through the years. Judy supported Randy while he was getting his dental degree at Tufts University, taking care of their five children and running a daycare from their home in Bangor while he studied in Boston. Her business skills enabled them to support his schooling and only borrow $4,000. Their incredible work ethic and different, but complementary, abilities and personalities allowed for an extremely productive and impactful life. Her strong, pure Christian faith guided her every step, and was most demonstrated in the extraordinary kindness and generosity that made her so special to her family and everyone who had the joy of interacting with her.

We encourage you to share your most beloved memories of Judith here, so that the family and other loved ones can always see it. You can upload cherished photographs, or share your favorite stories, and can even comment on those shared by others.

Posted Apr 01, 2021 at 08:22pm
Very sorry to hear the news. Judy was a very loving person. God's peace and blessings to you and the family. Pam and Rusty Congo & our family

Flowers were purchased for the family of Judith Bragdon. Send Flowers 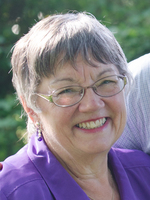