To share your memory on the wall of Stephen Sumner Clark, sign in using one of the following options:

A child of the Great Depression, Stephen became resourceful at an early age. He learned to hunt and fish on their family land. They farmed, kept sheep and dairy cows which produced enough milk to share with neighbors. His father, the local school teacher molded, Stephen to be a kind, calm and patient man, a lifelong learner and lover of reading.

Stephen graduated from Winterport High School in 1946 at the age of 17 with a strong desire to serve his country. After enrolling at the University of Maine he also enlisted in the Maine Army National Guard and was assigned to the 136th Engineer Combat Co. He graduated from UMO in 1950 with a degree in Psychology. Stephen would describe his class as a mixture of men and boys; WWII veterans on the GI Bill and boys like himself who weren’t old enough to join the war effort. Following college, Stephen continued to serve in the guard as a traditional guardsman, over the years advancing in the enlisted ranks. Following his commission as an officer he transferred to the HHC 240th Engineer Group. He served a total of 23 years retiring as a Captain in 1969.

Following college Stephen found employment in banking at the Household Finance Company. It became an exciting first job and tested Stephen’s ability to remain calm when a man entered his office pointing a gun at him to rob the branch. After a short stint in finance he began his career in wholesale sales, starting with ACME Dunham and later at Gregg Distributors. He found sales and sales management an enjoyable career that allowed him to extensively travel the State of Maine. Eventually Stephen transitioned into executive positions, early on at Northeastern Retail Lumber Association and the National Forest Products Association. In 1985 he agreed to take an interim position at Northeastern Lumber Manufacturers Association (NeLMA). What was supposed to be a temporary position he found to be a perfect fit, he loved working at NeLMA and those he worked with. 16 years later at the age of 71 Stephen retired as President of NeLMA, leaving behind a wonderful legacy.

Stephen met the love of his life, Bette Lou (Elizabeth) Wilkins of Wilton, ME during a snowstorm. He had offered to drive one of the secretaries at ACME home, she accepted on the condition that they pick up her roommate to get her home safely as well. Bette, the roommate was already wearing the “pin” of another suitor, but it was love at first sight. On November 16, 1957 they married. They had two children, Stephen Jr. “Stevie” and David. Stephen shared his love of the Maine outdoors with his boys and their close friends, teaching and inspiring them as well as creating many wonderful memories. While Bette was pregnant with Stevie, Stephen and his closet friend from the guard purchased adjacent lots on Phillips Lake/Lucerne. It was there that Stephen built a camp from trees that he cut from his family land in West Winterport. Simultaneous to building the camp Stephen was key in building Streamside Golf Course back on the family farm. Summers were spent at the lake where neighbors became family. After over 40 years splitting time between Bangor and the lake, Stephen and Bette made the lake their permanent home.

Stephen is survived by his wife of nearly 65 years, Bette; son, David and his wife, Elizabeth (Allen); and grandchildren, Abigail, Benjamin and Hudson, as well as many nieces and nephews. He was predeceased by his son, Stevie and David’s first wife, Alison (Bayer).

The family wishes to thank Northern Light Home Care and the staff at NL EMMC for the wonderful care they provided to Stephen over the years. Friends and family are welcome to share conversation from 3-5pm, Friday, March 5, 2021, at the Family Reception Center of Brookings-Smith, 163 Center St., Bangor. Those who wish to remember Stephen in a special way, may make gifts to the Dedham/Lucerne Fire Department 8 Bald Mountain Rd., Dedham, Maine 04429. Condolences to the family may be expressed at BrookingsSmith.com.
Read Less

We encourage you to share your most beloved memories of Stephen Sumner here, so that the family and other loved ones can always see it. You can upload cherished photographs, or share your favorite stories, and can even comment on those shared by others.

Your good friends Randy and Mary sent flowers to the family of Stephen Sumner Clark.
Show you care by sending flowers

Posted Mar 11, 2021 at 10:30am
Bette Lou and family, We just learned of Steve's passing and send our sincere sympathy for your loss. Steve was a longtime friend of ours through our lumber associations. We have wonderful memories of sharing time with you both over the many years. Steve was a remarkable man with a wealth of knowledge that he humbly shared. Our love and prayers are with you. Prisco and Phyllis DiPrizio
Comment Share
Share via:
JF

Posted Mar 04, 2021 at 12:03pm
I am fortunate to have spent a lot of time with Stephen and his family over the years since graduating from Maine Maritime Academy with his son David back in 1986. Stephen, David, Stevie and I enjoyed some memorable trips into the hunting camp in Winterport as well as "upta Square", their remote camp on Square Lake up in "the County". I'll always remember Stephen sitting back in the camp's best chair, wearing some form of outdoorsmans plaid and holding court with us young fella's, offering stories and reflections on how things were done back in the day. Depending on the time of year, you can bet we had the Red Sox game on the radio! We also enjoyed some snowmobiling and on one trip in particular Stephen and I were able to completely circle Moosehead Lake, stopping at Pittston Farm for the excellent buffet lunch they used to put on back in the day. Stephen was quite proud of this accomplishment as it can be difficult to claim due to varying landowner permissions and wood cutting operations in the area. Stephen was like a second father to me and I will cherish the times we had together...he will always have a place in my heart. My thoughts and prayers go out to his wife Bette, his family and friends along with my deepest condolences.
Comment Share
Share via:
YM

Your good friends Randy and Mary

Your good friends Randy and Mary purchased the Medium Dish Garden and planted a memorial tree for the family of Stephen Sumner Clark. Send Flowers 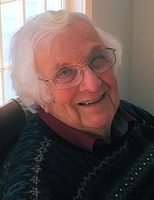 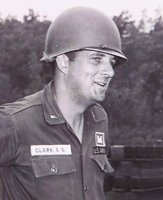 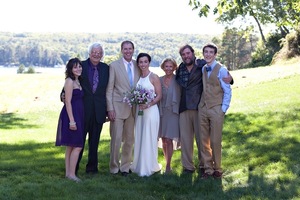 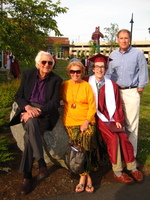