To share your memory on the wall of Denis Weisleder, sign in using one of the following options:

Denis worked for New England Telephone and then NYNEX for 29 years where he won the 1990 “Best of the Best” award. His interest in telephone technology led him to serve on the board of The Telephone Museum in Ellsworth. He also studied his family genealogy, railroad trains and the history of both Maine and various towns where he lived. After retiring, Denis and Ann lived in Bangor and then Orono with several beloved dogs and cats. His friends and family knew him as a kind, quiet, hard-working man who was always willing to help a neighbor in need and could fix almost anything.

Besides his wife, he is survived by a daughter and her husband, Lanissa and Brian Nadeau of Bangor; a son and his wife, Dr. Noah Weisleder and Melissa Weisleder LaGreca of Bexley, OH; a son and his partner, Zachary Weisleder and Suzanne Gagnon of Hampden, ME; a sister and her husband, Wendy and Thomas Mitchell of Windsor, CT; his three grandchildren, Joanne, Denis King II and Lucas Weisleder; and his niece and nephews Scott, Peter, Kevin, Timothy and Catherine Mitchell. In addition to his parents, Denis was predeceased by his brother, Donald Kenneth.

Due to the challenges of the ongoing pandemic there will be a small private service for Denis. His remains will be interred at Pine Grove Cemetery in Bangor. Those who wish to remember Denis should consider a donation to Responsible Pet Care of Oxford Hills (www.responsiblepetcare.org). Condolences to the family may be expressed at BrookingsSmith.com
Read Less

We encourage you to share your most beloved memories of Denis here, so that the family and other loved ones can always see it. You can upload cherished photographs, or share your favorite stories, and can even comment on those shared by others.

Posted Mar 03, 2021 at 12:41pm
On behalf of the Telephone Museum (Ellsworth) we extend our deepest sympathies to Denis' family. Denis was a wonderful supporter of the museum and brought a wealth of knowledge from his experience working at the telephone company. We shall miss him dearly; may he rest in peace. 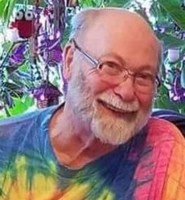