To share your memory on the wall of Ronald Porter, sign in using one of the following options:

He graduated from Houlton High School in 1950, and continued his education at Ricker Junior College. In 1957, he graduated from Husson College in Bangor, Maine. On August 29, 1954, he married Vesta M. Nichols. Together, they had 2 sons, Dale and Michael, and two daughters, Robin and Joan.

Ron was a Navy veteran attached to the Marines, and served selflessly during the Korean War. He also enjoyed a 38-year career at the Bangor Daily News, working in the Advertising department. A member of Hermon Baptist Church for more than 60 years, Ron had a servant’s heart. In retirement, both Ron and Vesta remained active by volunteering countless hours at Fairhaven Christian Youth Camp. Ron had a demonstrated passion for missionary work and went on 2 mission trips to Bolivia. Ron was preceded in death by his parents, Paul and Velma, his beloved son Michael E. Porter, and a friend he considered a brother, Dick Fowler.

A funeral service will be held 2 p.m. Saturday, March 27, 2021, at Hermon Baptist Church, 2496 US Rte 2, Hermon. Those wishing to view the life tribute may do so by going to https://www.hermonbaptistchurch.org/live-stream.

Family and friends are invited to call from 1 p.m. until time of service Saturday and everyone is invited to an ice cream social at the church following the services. Please be mindful of others by practicing social distancing, wearing a face covering, and staff will be conducting contact tracing.

We encourage you to share your most beloved memories of Ronald here, so that the family and other loved ones can always see it. You can upload cherished photographs, or share your favorite stories, and can even comment on those shared by others.

Posted Mar 31, 2021 at 12:01pm
Dear Vesta & Porter family, We are saddened to hear of Ron's passing. We have many fond memories, and we'll miss him greatly. You are in our prayers.

Posted Mar 27, 2021 at 08:37pm
It is with deep sadness we have just learned about Ron’s passing. I have many fond memories of Ron working with him at Bangor Daily News over the years. Ron was always there to help; especially during the early days being an inexperienced salesperson. He helped me to survive.

Our deepest condolences to Ron’s family. We are deeply saddened.

With Love,
Bion and Dorain Foster

Posted Mar 26, 2021 at 08:15pm
It is with great sadness that I read of the passing of Ronald. I only got to know him the last few years and talked to him a few times on the phone. Our connection was business related and he called me the first time to ask some questions and to give me some information. After that then I would reach out to him and keep him updated, hear about his connection to the Island Falls area and learn about his life. A gentle man who I hold high respect for. To his family, you are in my thoughts and prayers.
Kristi Brannen 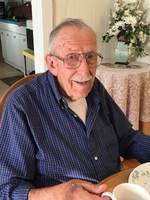 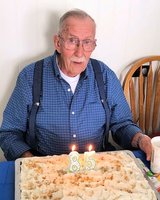 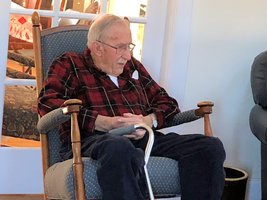 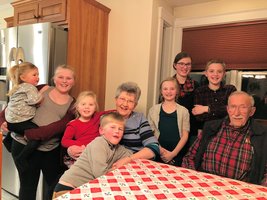